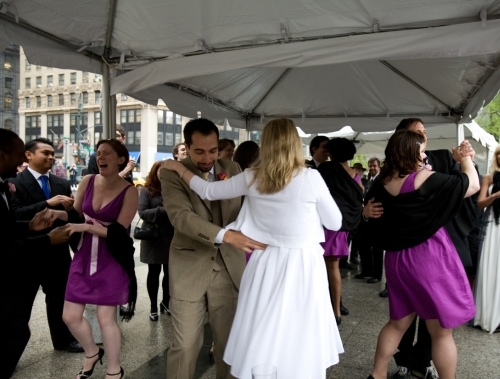 Improv Everywhere staged an event in New York City recently where they pretended to be part of the Mayor’s office and gave a couple a surprise wedding reception outside the marriage bureau in New York City. They had bridesmaids, groomsmen, cake, presents, a bouquet toss, a garter toss, line dancing, and they confused a bunch of tourists who were watching. The best man and maid of honor even did some toasts. And the bike taxi at the end was a great touch. Pretty awesome. 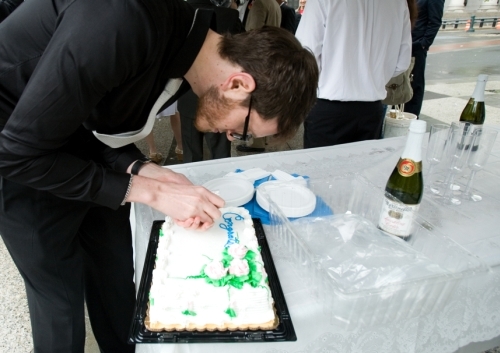 Writing the name of the couple on the cake. 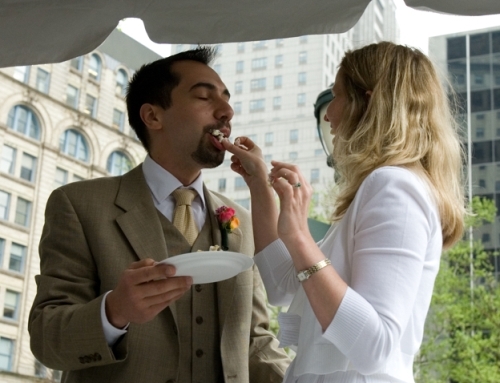