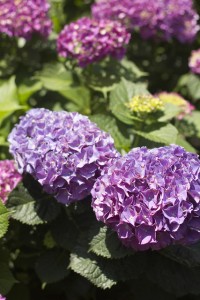 Scott McKnight asked if churches are adjusting to the rise of the number of single people in our society? According to the most recent census data, only 48% of households are husband-wife households. There appears to be a demographic shift in how households are defined in the United States with some places, such as Manhattan and San Francisco having over 40% of its population located in one-person households. The world is changing! And how are there people in Manhattan who can afford to live alone? That’s the burning answer that I want to know.

Actually, the statistics are fascinating and as the Metropolitan New York Synod begins to analyze where it currently lives, this statistic should be taken into consideration. But who are these single people? I think, in many ways, that’s a tricky question. Although I think it would be possible to assume that these people are mostly young individuals – I think that the more likely answer is that these people are middle aged and over. As the population increases, the divorce rate stays high, and widows keep being created, many single households are gray. Now, if that is true, then it is possible that churches like the ELCA (which are graying anyways) are naturally evolving themselves to reach out to that demographic. But maybe not. In fact, the bigger issue at stake maybe that the church will need to change on how it assume community is created and sustained. The assumed default social networks for individuals, marriage and roommates, no longer exist like they used to. We’re probably living in a world where the default opportunities for connections and networks no longer grip people like they use to. And as part of the transient generation/class in Manhattan, as I discover that I am the one who stayed while everyone seems to leave, I’m realizing that social networks are not as easy to form as they use to. And if that is true, then the church – an organization that is, above all, defined by relationships – much acknowledge this and change accordingly.

This is a fascinating thing to think about on Trinity Sunday when pastors across the country struggle to share what the Trinity means to parishioners. I have yet to preach on Trinity Sunday and I’m sure I’ll struggle with it once I do, but the image of the relationship between Father-Son-Holy Spirit as a cornerstone of our faith seems to align nicely with our recent demographic data. The assumptions about where relationships are created no longer applies. Churches, in many ways, have to work harder to be places where relationships between people, as well as between individuals and Christ, can be harnessed and focused. I think, in many ways, that is part of the underlying component behind what it means to be “welcoming.” Welcoming doesn’t mean smiling at newcomers who enter the door but, rather, being willing to be in relationship with these new people. It means being incarnational with our neighbors. And that is a wonderful butt-kicking thing for me to hear because as I sit in the pews during these summer months, when I’m on my summer “break,” I find myself not wanting to engage with people who show up to worship at my church for the first time. I want to worship as a participant and to let the service, that I adore, wash over me. But that’s a trap in many ways. The reality is that it is through forming relationships that I live out my baptismal calling. Being washed over is fine and dandy but it is only part of the story. There is a world where connections don’t exist like they use to and, as a church, we’re being called to be the body of Christ in the world. We cannot assume that people are able to form their own networks or assume that traditional social networks, such as marriage, are the primary norm through how the church should engage with people. This means that the church can’t be a meat market to create couples, thus allowing the church off the hook when it comes to working hard to maintain social networks. The church needs to engage the singles, the married, the young, the old, the just-graduated, the newly-widowed, in an engaged and loving commitment. We need to invite them into our own Trinity and walk with them for as long as they are on this earth.

One thought on “Living the Single Life”