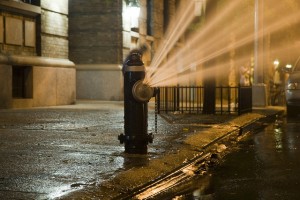 On Sunday, I visited my internship site/field education church for worship. Even though I am on “summer break,” I still feel the need to make an appearance there every once in awhile (and it helps that it is much closer to where I live than my home church). I show up to meetings there too, prepping myself for upcoming year. And it’s interesting to watch as the congregation nears the implementation phase of its strategic plan. As my thoughts swirl around that process, I see a nice tie in with this article about “young adults” and the church that has just started making the rounds on my facebook feed.

Now, there’s quite a bit that I disagree with this article. I mean, I understand why the author gets upset about the behavior of the gentleman who told the Sunday School kids to quiet down during the sermon. I understand how the author sees that as a sign of inter-generational issues inherent in the church. And I get how the author might question the traditional congregational model because, well, that’s the trendy thing to do at the moment. I think the author has too much trust in “young people” by defining them as entrepreneurs because I personally think he mis-understands how growing up with the internet, while it has changed territorial systems, it has not changed the very notion of why those systems exist in the first place. What I mean is that the younger generation, especially those who are computer savvy, middle class, and are accustom to a certain amount of technological know-how and funding, have access to different forms of hierarchy and authority. We’re products of Napster, bit torrent, and free content on the internet. That economy of ideas – where access, free, and where loyalty is different from what it was before, is built, I think, into the fabric of who we are. It is a little different than previous generations anti-older folks (i.e. like the boomers) because the angst and the struggle that define our relationship to the world doesn’t have outwards forms to latch onto. Because we were raised by an anti-establishment generation and told that we should “reach our dreams” through the use of helicopter parents, we’re not afraid to change our position when we feel “uncomfortable.” I think we might be one of the few generations that is more mobile than prior ones (our mountains of debt not withstanding). I don’t think we necessarily understand what we’re doing all the time or that we truly understand the implication of our thought system but it is there and it is the default behavior in a lot of us.

And I think we exhibit this behavior and not really realize we’re doing it. I think it is a flavor of our generation, a norm (again, for a certain class of individual – when the conversation usually comes up about the “church” and the “young,” the young are always defined as middle class, college educated, white collar workers or hipsters that could be that way if they wanted too) that we’ve had bred into us. And I wonder if we’re misidentifying “authenticity” with our own inbred notions of anti-establishmentism. I don’t think all of us are anti-establishment, in the purest sense of the word, but I think we like to envision ourselves as such. I see that in the article I linked above. What I see is not generational conflict but a conflict about leadership, power, and authority, that can be carried within a generational context. At my field site, it is fascinating to see how the strategic plan is forcing, I think, the congregation to own up to its own context and how that context has changed. I think there has been a paradigm shift in who attends, why they attend, and who makes up the congregation – a shift that I don’t know if the congregation consciously sees. But I can see the fights develop as they define who the establishment in the church is. There was always a sense that an establishment exists but I think the strategic plan is forcing the establishment to be thrust into the open. And I think that is making some folks in the congregation uncomfortable because the establishment has changed and that establishment is what gives the church its flavor. I’ve watched that happen at my home congregation too and how it can take years for that change in the establishment to take root, flourish, and bring the church into a new direction. And even in places where that change is acknowledged and understood, like my home congregation, they have to be dragged kicking and screaming into a new place.

When I read Ron’s piece, as much as I see intergenerational issues, I really see establishment issues. It is not that my generation is against the establishment but I think we are against any establishment that does not seem to include us. And this is a problem in all churches, even ones that are run by young adults, because if the access to leadership is restricted, other young people will drop out from that group. We don’t stick around. Authenticity, then, is the option that we are being listened to, accepted, and willing to be invited into the establishment of the church. However, there’s a problem in this model, because my generation will assume that we are entitled to that access of power. And, not only that, we will also assume that the church must, for some reason, fit into our mode of life. We are, I think, a very transient generation (though maybe this is just based on my experience living in New York where, for some reasons, I seem to be the only one who stayed), and we are looking for churches where we will be accepted, included, involved, and comfortable with watching us leave in 18 months time. So, we’re asking for involvement without the risk of legacy, entrenchment, and roots. I think this probably has been an issue for churches forever but it is exasperated in the mainline Protestant churches because our traditional power structures are weakening. We no longer have the numbers to allow ourselves to let the transient generations not serve in the church. Now, the problem with this model is that it is asking a lot out of the people who stay. For other groups (generational, ethnic, political, etc), this assumption of entitlement to power on my generations’ terms is silly and unacceptable. Groups of people that had to wait for their access to the establishment will not tolerate, to many degrees, interlopers who show up out of the blue. And, in many ways, why should they? How does the church take into consideration the different approaches towards leadership, authority, and establishment, that exist in our society? I’m not sure yet but I don’t know if the approach that Ron is advocating is the right one. I don’t think the traditional model of the neighborhood church has vanished. I don’t think it can’t serve a valuable service. In fact, I think it still can. But I do think that bridges between whoever is in the establishment and those not need to be strengthened. I think they need to be acknowledged. And I think even us liberal minded mainstream Protestant denominations need to be open to the fact that we might not be as liberal (when it comes to power) as we pretend to be. Tradition doesn’t need to be buried or destroyed (I think the fact that under 30s don’t want the 1982 Hymnal of the Episcopal Church to be heavily changed shows that the young generations are not afraid of tradition and that, in fact, witnessing to tradition can actually be empowering to those who do not have power) but serious questions of establishment, power, and authority, need to be raised. Whether that is going to happen…well, we’ll see.