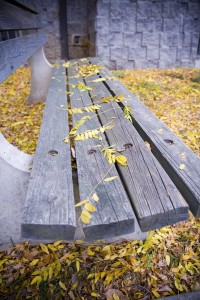 The next stage in my ordination process? The dreaded faculty interview.

Yesterday I woke up early, put on a suit and tie, and headed to Penn Station to jump on the Bolt Bus to Philadelphia. The seats were not as comfy as I remembered, nor were their cup holders, but I was off to the Lutheran Seminary at Philadelphia for my faculty interview.

Most of this process, especially the bit about the back and forth between the faculty and the candidacy committee, I did not know. My two faculty interviewers explained it to me before the beginning of our chat. They also told me that anything was fair game; they could ask any question about anything. Six weeks ago, I was asked who I wanted on my panel so I picked the two professors who I knew the best and who knew me the best based on my classwork. Before the interview began, I sat in a comfy chair and was promptly asked to step out of the room so that the two could develop their game plan. After ten minutes, I was ushered back in. I took my seat, the process was explained, and away we went. We chatted for an hour.

I’ll be able to report the final verdict once the November faculty meeting takes place but I really found the whole thing affirming and invigorating. I got to talk about faith, the church, the role of Word and Sacrament, and myself for an hour. Who doesn’t love talking about themselves? And it was worth the ridiculous commute. I left my apartment at 6:45 am and arrived at the seminary at 11:15 am. I left the seminary at 1:30 pm and arrived back at my apartment at 5:45 pm. I even had enough time to kiss the wife, hug the toddler, and see the back of a bunch of bishops during the installation of my seminary’s new dean before I had to rush uptown to a church council meeting. One more step finished in the process. Next up, fixing my approval essay (there are SO many typos in it), a candidacy retreat next Friday, then submitting a 16 page resume to the churchwide body by December 1.

One thought on “Quirks of Candidacy: Faculty Interview Edition”