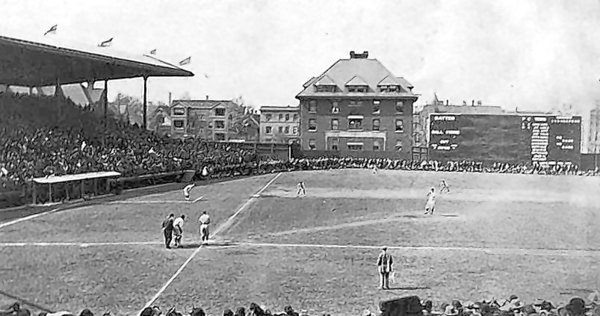 “There’s a picture of the ballpark in the opener in 1914,” Hartig said, “and beyond left field you see some of (the seminary buildings) on the property. There was a guy (on) the property, and he had time left on his lease. They were going to wait for the lease to expire. But when the season opened, there was something like nine home runs in the first three games.

“They decided the park was too small. So they checked the lease and saw it didn’t say anything about a porch. So they took the back porch off the house and moved the fence back, right to his house.”