Do you know how much a bride’s bouquet costs? $150 dollars.

That’s right. A florist charges you $150 dollars to create a little creation that you carry with you down the aisle, gets photographed to death, and then is manhandled when you toss it into a huge throng of women who then rip it to shreds trying to catch it. The life of a bride’s bouquet is short, not sweet, and incredibly violent. If I was that bouquet, I’d feel pretty sleezy and used.

Bridemaid’s bouquets can cost near $100 each and don’t suffer as nearly as a bad fate but they are only used for a few hours. After that, they’re either tossed into the trash or “dried”. What’s dried? Well, young women try to dry the flowers out, hang them upside down, but what usually happens is that they’re not very secure, they attract pests, and the gradually wilt, fall to the flower, and end up in the trash bin. Now, yes, if they’re done well, they are very pretty and they will be shown in pictures with your lovely dress but bouquets don’t last and they can also be limiting if you decide that your wedding shouldn’t be entirely wiltable. Plus, if you’re poor, spending a huge amount of money on flowers is probably the first thing you’re gonna cut from your budget. And when you at up the boutonnieres for the groom and his army, flowers start to get expensive.

But luckily you can spend less money, get some toys that even more elaborate and decadent that a florist could provide, and these suckers would actually last. I give you faux flower bouquets by Design Whimsy. 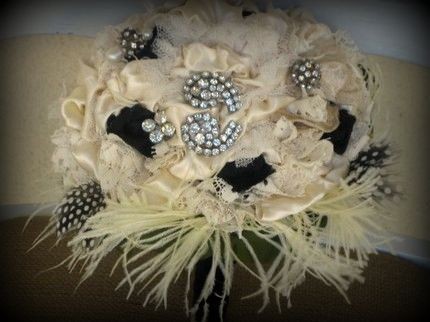 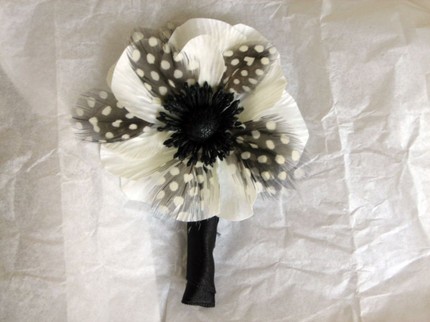 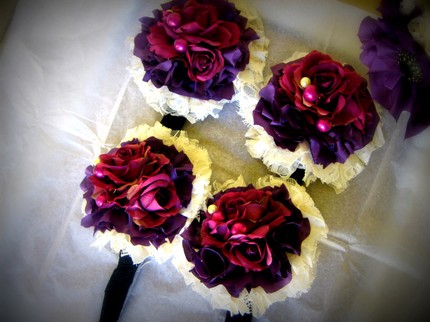 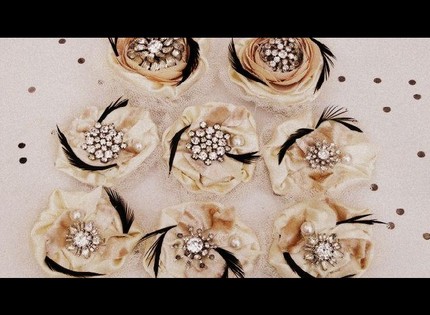 My fiancee loves this stuff. It’ll fit in great with the overall feel of our church, her dress, and is a much more flexible and tangible way to carry flowers down the aisle. Plus, it’s cheaper than anything you could get from a florist in NYC for anything of similar shape, size, style, weight, etc. The closer it gets to the wedding, the more likely it is that we’ll place a custom order (and most of this stuff is custom made) for something similar to the items above. It’s awesome stuff.

3 thoughts on “Dried flowers are for the birds”