So Heidi and Spencer got married. You might not know them but I know them. I gossip so I’ve had to stare at their ugly mugs for the last two years. I wish they’d go away and I know that my talking about them means they won’t. But, well, they got married and I felt the need to blog about it. 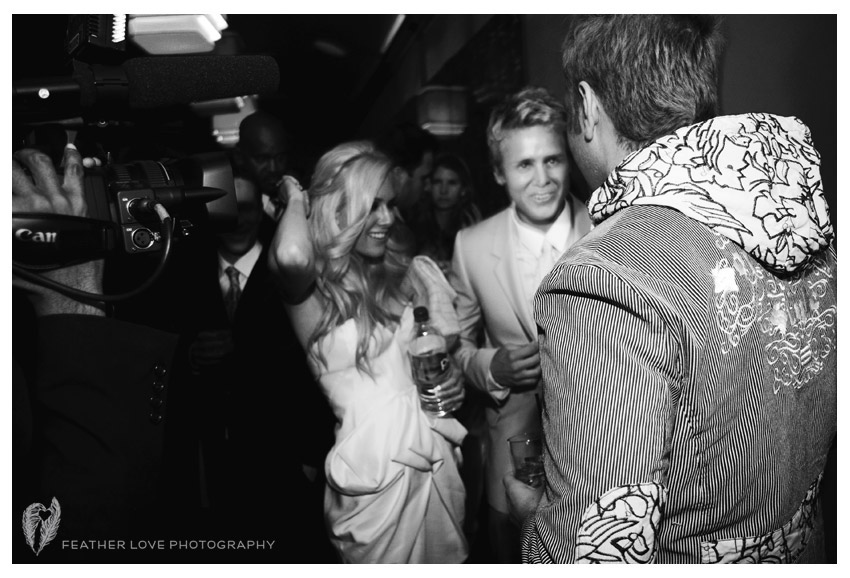 So the lovely “couple” supposedly eloped in Mexico five months ago. But it was all fake. It wasn’t legal, wasn’t recognized by either the US or Mexico, and was just a ploy for them to sell images to the gossip mags. They decided to get really married this weekend (well, to be honest, it could entirely be fake again) and it was filmed by MTV. The wedding wasn’t lovely and was rather generic and uncreative. And MTV did pay for the wedding which means the three wedding faux pas probably weren’t necessary. Wine and beer were free but 10 dollars for any other drink. Cocktail hour had little food and the reception was really sparse. The reception was suppose to start at 6 but the doors didn’t open till 7 and the couple didn’t show up till 9. These are 3 very big no-nos, in my opinion, and future brides and grooms should take note. Having a cash bar is fine in my opinion (but I’m not really a big drinker) but make sure the prices for the booze are reasonable and are on a sliding scale. A unique mixed cocktail from a very good bar can be 15 dollars so if you hired an awesome bartender, that’s understandable. However, a gin and tonic shouldn’t be more than 6 and the cash bar should reflect that. Also, show up to your reception on time. If not, make sure the doors open on time at least and keep people fed. My wedding will only be a light dessert reception but there’s going to be a lot of it to keep people fed. And my fiancee and I will be doing our pictures before the ceremony so that there is no delay between the reception and the I Dos. Showing up 3 hours after the reception was suppose to start is entirely unreasonable and stupid.

But that isn’t the whole story. When you hire someone to shoot your wedding, don’t accuse them of being a paparazzi during the cake cutting. Know who your venders are, get to know them, and if you’re an over the top, hold fake photoshoots all the time, and want a cut of every picture of you that gets sold, yelling at a photographer at your own wedding is pretty stupid. In fact, it’s more than stupid, it just shows how little you care about the actual wedding. Everyone right now is keeping tabs on how long this wedding will last. It’ll last as long as they’re both able to keep making money on their name and image. When the money dries up, they’ll both move on to other things.

And I promise this is the last time I will mention these two.