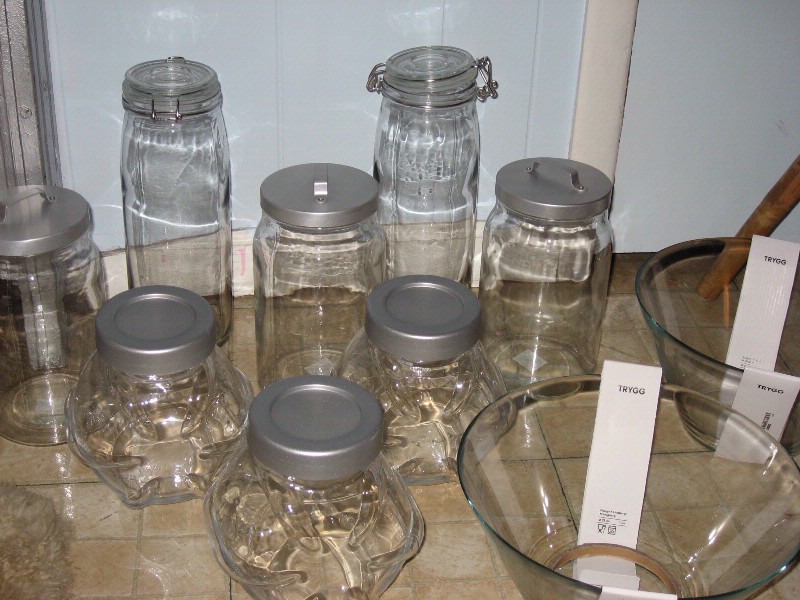 Ikea is the funnest place on earth. Or is that Disneyland? Either way, I’m in love with Ikea.

My fiancee and I were spending a lazy Saturday inside this weekend. The weather was pretty bad – cool, rainy, and lots of fog – and we decided that we could subsist on some old chinese leftovers for food. My fiancee then noticed that the Ikea in Brooklyn was celebrating its one year birthday and there were going to be fireworks. The call of swedish meatballs were too much for her so I got off my lazy butt and we headed to Ikea.

Now, heading to Ikea is not easy when a) you live in Astoria and b) you don’t have a car. Subways and shuttle buses end up being your friends and limits the amount of things you can actually carry home. We arrived in the early evening after about 75 minutes on public transit, wandered the showroom, ate some delicious meatballs and Mac-n-Cheese (sharing entrees and drinks is the way to do it) and then hit the self-serve section. My fiancee had decided that she wanted to buy stuff for our wedding and glass jars were her targets.

We found a nice selection, I think. The tall ones in the back are 68 oz, the ones that are diamond shaped are about 61 oz, and those glass bowls will hold a lot of skittles. We spent a good twenty minutes laying out the different glassware, picking and choosing, and then trying to figure how much we could both carry back home. We put some stuff back, added things, and tried to decide what candy could go in what jars. Twizzlers and tootsie rolls were mentioned. Lollipops too. And figuring out where we were going to store 150 lbs of candy was talked about too. And don’t get me started on trying to figure out how to get that to the church. Ugh. I’ll think about that next year.

After the jars were loaded into the cart, we went through the mind numbingly slow process that is called checkout, bought an ice cream cone and a cinnamon bun, and then went outside and waited for fireworks. The fireworks display was quite good despite the low clouds. For fifteen minutes, the piers in Red Hook shook and all the car alarms in the nearby neighborhoods went off. We then jumped on the Water Taxi, walked across lower Manhattan, and trudged home.