I apologize for being quiet this week. I could blame the usual suspects: school, church, my secret double life as a masked crusader, and while all of that is true, the real reason I’ve been silent is that I’ve been glued to Manning/Tebow Gate 2012. 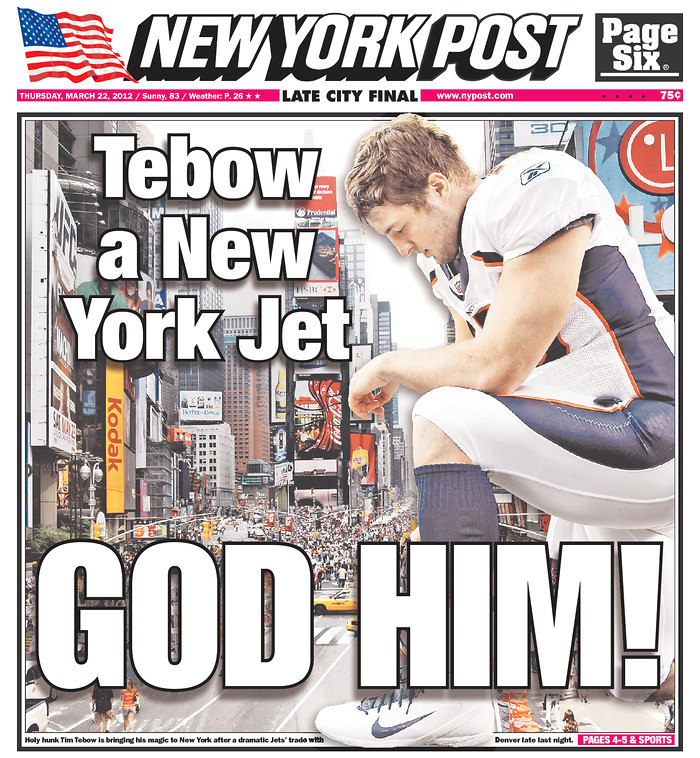 If it’s not obvious, I am a die-hard Denver Broncos fan. My father grew up rooting for them and he pasted those genes to me. I’ve already been busy infecting my wife, cat, and dog with that loyalty as well (and watch out kidling! you’re next). So when I heard that Manning signed for Denver, I couldn’t believe it. One of the best quarterbacks in the game… I had a million questions. Is he healthy? Would he be able to play? Will he be able to continue the success that Denver had last year? Can he convince the defense to not continually break-down after game six every season? And could Tebow really survive as a backup? And, if not, since we just got rid of Quinn, who would backup Manning? And does every little colt always want to grow up into a Bronco? 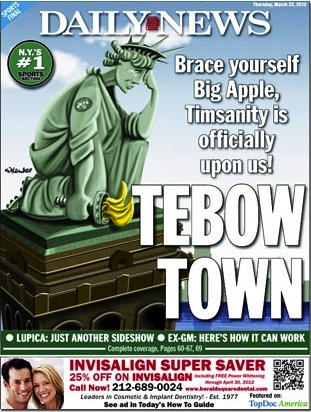 I wasn’t surprised that Tebow was traded though it did make me a little sad. Even though I disagree with Tebow on a lot of things (theology, politics, his choice of eye makeup), I did like him as a Bronco. I liked that he took tebowing in stride. I also thought he looked good on the field even though he played terribly sometimes. He did lead the Broncos to their first playoff win in a long time and, for that, I’m grateful. He did great and as a long-time Bronco fan, I approved of him. But I really didn’t expect him to go to the Jets. 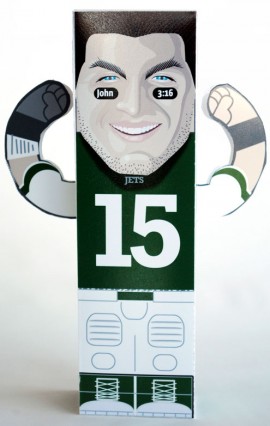 Get your desktop Peyton Manning/Tebow here.

New York is going Tebow bananas. Even the Grey Lady decided to write an article about how Tebow had an ancestor that lived in New Jersey at some point in the 1600s. For a Godless town, we’re loving the Tebow. And I’m not going to lie, I thought about sending an invite to him to attend my field site (or my home congregation if Queens is more his scene) but it seems I not the only one wondering which church he’ll end up in (though Sunday mornings might be bad for him, workwise). Our theology won’t click, and he might not like seeing women in the pulpit, but we have a great community for him. So if you see this Tebow, let me know if you need a place to worship. I promise I won’t ask you to phone it in if you meet the Broncos next season. 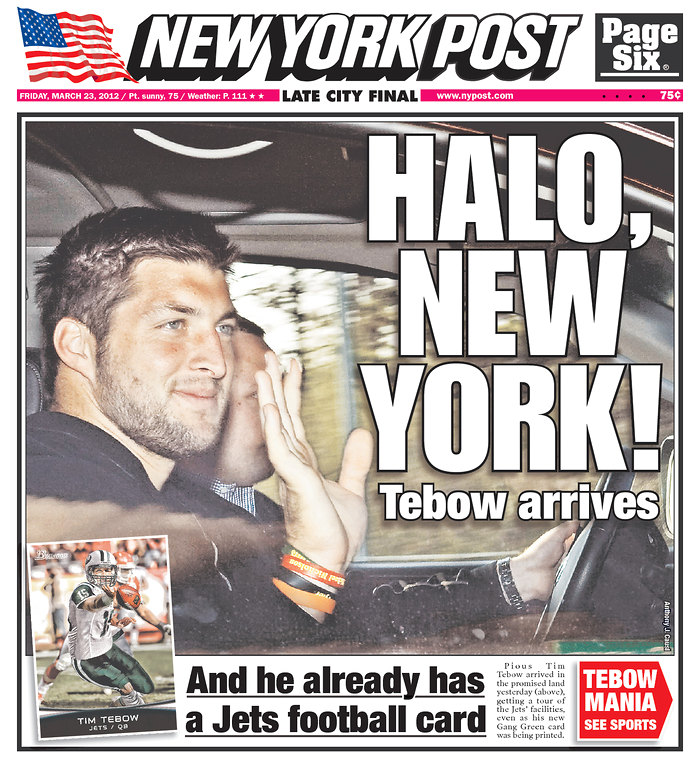