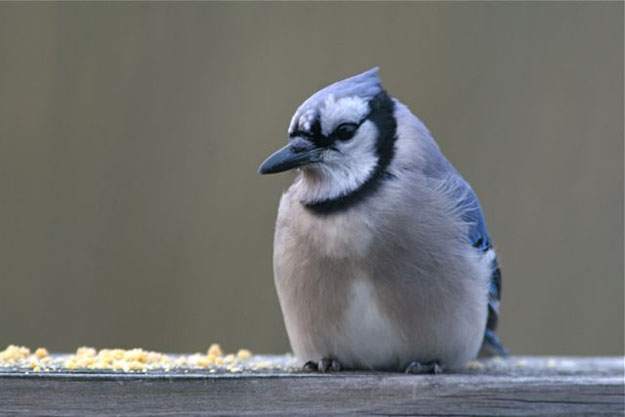 The Blue Jay is disappointed in my lack of class participation. via buzzfeed.

The problem with going to a non-Lutheran seminary is that there is a very large language gap between Lutherans and the Episcopalians/Anglicans around me. I mean, we use the same words but we’re not saying the same thing. In my class on Ethics, we attempted to examine, somewhat, Lutheran ethics through the lens of Luther’s own perspectives. Sadly, the books that were selected were actually the wrong place to start any fruitful discussion about Lutheran ethics. Rather, they were books that reinforced the misconception that Augustinian ethics is the same thing as Lutheran ethics (Luther’s two kingdoms are not the same as Augustine’s two cities, etc.). I think, based on some massive generalizations, that such a misconception arises because of the similar words used and the fact that Anglicans love the church fathers/mothers in a non-sexual, non-threatening way, in a way that actually interferes with the realization that Reformers used Augustine in different ways. Luther is Augustinian but he’s not only reading Augustine in one way; i.e. he’s not Anglican.

Now, I know I could have raised my hand and lectured the class about where Lutheran ethics possibly starts (maybe starting from the question of what faith is) but it is getting to the point in the semester where I just don’t have the energy or desire to correct people (I’ll leave that for my papers and projects). And it didn’t help that I was tired and in a bad mood either. So I just sat there, kept myself quiet, and stewed. It was fun to see the class, however, move around on the question of Luther and work some of it out – but it grated on me. And with the internet not really working during that class period, I actually felt I had to pay attention to the discussion and that just didn’t help at all.

In the interests of full communion, maybe I should have opened my mouth and educated my classmates. But, with less than a month of classes left, I just don’t have the time.