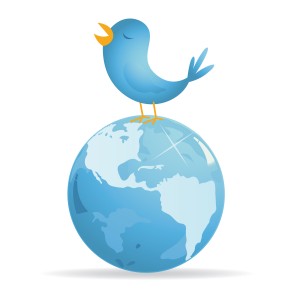 If you go ahead and search for #mnys on Twitter, you’ll notice that I was the primary user of that hashtag. In fact, out of the half-dozen of us using the hashtag, I was 90% of it. So, for all the hype about social media, one of the major social media tools out there was not utilized at the assembly. Now, this shouldn’t surprise anyone because even email is problematic for some of the members at the Assembly. So, naturally, when it comes to the use of Social Media, the MNYS struggles.

Now, that’s not to say that I’m any good at it. Even though I have professional web development experience, and I use Social Media constantly, I’m really really not good at utilizing it for my work or my church. And I know this because I’m currently working on a project with a really good consultant who really understands not only Social Media but blogging, usability, design, layout, and the sharing of content. Eight years ago, this guy was who I wanted to be. But, over time, I never developed that skillset nor did I ever learn how to ask the right questions. I’m really at the beginning of my journey on how to utilize Social Media for the church and it is something I’m going to need to spend time on to figure out.

But I do know that for Social Media to be effective, it should be used and part of the cry from the recent Assembly was for help. There were countless calls for the Synod to provide frameworks, boilerplate, and materials for congregations to use. What the congregations were asking, I think, was for different kinds of leadership from the Synod. They were looking for a network of knowledge to be centered, and rooted, in the Synod Office. Now, this idea is already built into the Strategic Plan adopted by the Synod but there’s a need for this to happen sooner rather than later. I really did get a sense that there are congregations out there that seem willing to change and to utilize new tools to network with their neighbors and the wider world. I think that there’s more people, regardless of age, who were willing to lead towards change. And I found that very encouraging. But I think the Synod lost an opportunity to at least showcase a little about what might be possible in the way of broadcasting, interacting, and engaging not only the people sitting in the Assembly but also those sitting at home. I do understand that doing so requires times, energy, effort (and money), but I think it might have gone a long way in showing congregations what’s possible. Because I think the question right now for many of them is “what’s possible” and “what’s effective.” The amazing thing is that the videos showcasing the ELCA, the Malaria Campaign, the merging of two congregations, and the development of housing for seniors out in the Hamptons, already does this. We actually are very familiar at inspiring the people at the Assembly. We know how to get people to love attending the event, showing what people and congregations can achieved, and providing people at the assembly with an idea roadmap to bring home with them. I think that members of the MNYS are thirsty for such roadmaps and I think we need to get better at sharing them.