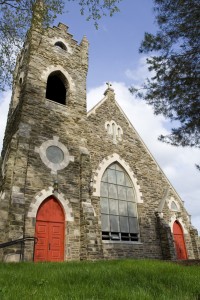 Over the last two days, I was at my old stomping grounds (LTSP) participating in an internship training session for next year. It was a short two day session where I sat with my internship supervisor, visited with my old friends, and we did a lot of eating, fellowship, and sitting. Lots and lots of sitting. And lots and lots of being talked at. A presenter came to lead several “team” building sessions that were…okay…but after spending last weekend sitting down and being talked at, experiencing more of it was rather unexciting. But I loved seeing my old friends. And I loved finally having an opportunity to work out some thoughts I’ve been having about my generation.

My brain has been swirling quite a bit about this whole emerging generation issue and I’m not sure, yet, how to approach it. I’m not sure how to even talk about this. I realize, taking my own pulse, that this topic makes me angry. I get defensive. I want to point the blame at others. And I get that and, in some ways, it’s hard to not feel this way when I sense that the church, as a whole, is blaming my generation for the destruction of the institution (though, come on, we didn’t LEAVE the church – we just never showed up). I also love how we’re continually being talked about rather than with, even though my generation is finally graduating from seminaries and moving into pulpits. We’re, by evolution, assuming positions of power and I think we’ve stopped asking to be allowed into these positions. We’re already there and we’re going to be involved whether anyone likes it or not.

The problem, though, is that I can’t seem to put into words, or a systematic system of thought, my thoughts about my own generation. I can write buzzwords, statements, and tell anecdotes but I’m unable to put them into a coherent and interconnected system of thought. I think they are all connected but I can’t really strip them into a barebones framework of equations. And this is frustrating for my engineering mind since my mind is is built around systems of equations that never have answers but always has an optimized solution to any problem. I’m trying to mentally construct a web of variables, break it down into its components, and watch as the web weaves itself together. And then, like a spider, I can walk over it, pull out specific frameworks, and approach the topic in a systematic way. But when it comes to my generation, I just can’t seem to do that. Maybe I’m too close to the system or I’m trying to generalize that what cannot be generalized. But I do think that the church is making a mistake if it refuses to engage our reality as a web and, instead, relies on external webs of culture, identity, privilege, class, doctrine, and self-definitions to engage with the current world. I think the assumptions that the church is working on does not meet our current world and I think those assumptions don’t work, not because the church is a dinosaur, but rather because the parts that make up the church have forgotten that these assumptions are products of our collective history.

Take, for example, one issue that is up for debate and that is the issue about the church as an institution. Now, my generation is described as not having any trust in any institution. I disagree with that assumption because it assumes that we were taught to trust institutions (we weren’t) and it also assumes that we don’t trust institutions (we actually do). I think anyone who grew up in the 90s would remember the countless youth groups that filled high schools. Growing up in part of the heartland of the bible belt in Colorado, I found lots of love for institutions. And that love continued into adulthood for many of them. But what changed, I think, is that my generation grew up without institutional support. It’s not that we don’t love institutions but rather that the institutions that supported the previous generations failed to pay it forward. Our parents, maybe, took on more of the role of the institutions, maybe as a response to a generate sense that institutional support was lacking or maybe because they feared the freedom inherent in some kinds of institutions. Either way, more and more, individuals are being required to take responsibility for their own future and their own opportunities to compete with the previous generations. So as institutional support falters, we’re also asked to be mobile individuals without a collective identity. An example of this could be seen in the explosion of student debt for all individuals and even seminarians. The cost to enter the ordained ministry of the church is higher now than in the past, a cost that is probably too high. So when previous generations view my generation as an “age of possibilities,” and seem jealous of us, I see people who are failing to be honest and authentic. They’re forgetting what privilege is and what it means. They’re forgetting to contextualize themselves, to see themselves as who they really are, and taking themselves seriously. And if they’re failing to do that, then there is a good chance – actually more than a good chance – that they won’t take me (or anyone of my generation) seriously as well. So, in the end, part of the issue here is a failure to see how our web, in many ways, and its interconnectiveness, is tied heavily to evangelism. If the web that we are caught in is unable to see itself, then it will be unable to see the other. And if is cannot see the other, the other cannot be drawn into community.

If I was being completely honest, I’d also have to bring up many other things about the institution of the church. The change of the church from a social center to a program house, the reality that the one-pastor/one-church model of ministry in the Lutheran church is a recent invention and not the historical norm, the explosion of the media as an institution, etc etc. The system is huge – and almost too big to comprehend. And I think that should scare us. I think, honestly, we as a church need to admit to being afraid. I think we should cut the crap when it comes to trying to use bandaids to push aside our anxiety and push it down the road. I think we should embrace our fear, admit it, and not mask it as “exciting” or “opportunity” or whatever. I think we should be fine with being honest about our terror. I’m going to do some bad exegesis but we’re told to fear God. So why run away from fear? Why act like it doesn’t exist? Why mask it? I think anyone in my generation who is not afraid is not being honest and is refusing to see the larger picture. If you’re going into ministry in the Lutheran church right now, or are apart of it, I think it would be hard to not be afraid. Hell, I’m afraid and I’m not doing that bad!

But being honest about fear does not mean that we need to be captive to it. If we’re trying to run away from fear, we make the mistake of being trapped within our own anxieties. But our own tradition teaches that in the midst of fear, ridiculous things happen. Like how a certain law student, caught in a lightning storm, feared for his life, prayed to a saint, and ended up in ministry. And what did that fear do? It set his wider world on fire. That fear led to fire! And as we celebrate Pentecost this Sunday, when the fire given to the apostles was a fire rooted in Christ, creation, community, and understanding, I find comfort in my terror at the moment. That doesn’t mean I like this feeling. It doesn’t mean I want to always be afraid. But this fear – it also doesn’t have to stop us. And I don’t think, if we’re honest about it, that it will.