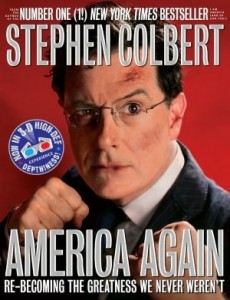 From American Again: Re-becoming the greatness we never were. Hardcover Page 24.

Need an example of the Protestant work ethic? Just look at their religion’s founder, MARTIN LUTHER. I’m no fan, but let’s give the Devil his due. He posted 95 Theses to the door of the Catholic Church. Most people these days would staop at, like, 12 theses, tops. And this was back before the Internet, so he couldn’t even look up “plenary indulgences” on Wikipedia. Which is why I put him ahead of Luther Vandross on my list of Favorite Luthers.

*He has been to the mountaintop…that he created with an earthquake machine! You fools!