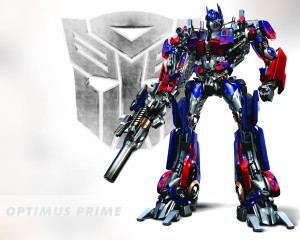 When I was young ‚Äì like five or six ‚Äì my parents would drag me to church every-so-often. It wasn’t every week ‚Äì might not have been every month ‚Äì but, it happened. I’d end up sitting in the car for a twenty minute drive to church, and we’d all find a pew in the back to sit in. Its funny because I don’t remember what the outside of the church looked like ‚Äì but I remember the pews. My brother and I would squiggled into one, sit on those velvet kneelers, and we’d have pockets full of toys we brought to play with during the service.

Now, as a child of the late 80s, I had my fair share of action figures. Some Sundays, we’d have some WW2 toys ‚Äì maybe a tank or two. Matchbox cars were also there because we’d beg our parents to buy some whenever they went to the grocery store. He-man, Skeletor, Tygra, Leonardo, Donatello, Darth Vadar, Han Solo – for two short kids, we had an awfully lot of large pockets weighed down with toys ‚Äì and we’d do what church was for us ‚Äì play time on a pew. It was a lot of fun. And every once in awhile ‚Äì we’d bring a Transformer or two to complete our toolbox of mischief.

I was never a huge Transformer fan but I loved how they worked. I loved how it was a truck or helicopter or plane ‚Äì and that it turned into this giant robot that battled other giant robots. And their story is simple ‚Äì living robots from a distant planet landed on Earth and disguised themselves as everyday machines. They had enemies ‚Äì robots who would come to fight them and take over Earth ‚Äì and the good Transformers, led by a truck named Optimus Prime, would battle them, there would be some cliff hangers ‚Äì a few good guys would almost die ‚Äì but, in the end, they’d win, the earth would be saved ‚Äì and the good Transformers would go back to their day jobs of pretending to be useful machines that their human pals would drive around. And those Transformers had a wonderful tagline ‚Äì Robots in disguise ‚Äì robots pretending to be something else unless they’re needed to save the day.

So is that our story from Luke today ‚Äì is this Jesus as the ultimate transformer? Jesus revealed as God-in-disguise ‚Äì or a Jesus with two modes of being ‚Äì and the bright, shiny, divine, obviously, amazing form of Jesus ‚Äì is that the point here? Is Jesus like the giant robots of the 1980s ‚Äì here to hide in our disguises until he’s needed to be the superhero that saves the day?

Between last week’s reading and this week’s ‚Äì we’ve skipped a lot of Jesus’ in his ministry. Jesus has been busy healing, preaching, telling parables, reaching out and including the outsider, and he’s developed this pattern of going off and praying ‚Äì but this time is different because he asks three of his companions to come with him – Peter, John, and James ‚Äì disciples who would become symbols and centers of Christianity.

And so Jesus and his friends go up a mountain – and while praying ‚Äì something amazing happens ‚Äì Jesus’s appearance changes. That’s actually what Transfiguration means ‚Äì to be transfigured is to have our appearance ‚Äì the outside ‚Äì changed – to be different from what we were before. So Jesus ‚Äì this man that the disciples had traveled with ‚Äì is changed. His face is changed, his clothes become white. Jesus becomes this bedazzled amazing creature ‚Äì and then ‚Äì suddenly, Jesus is not alone.

Moses and Elijah ‚Äì these spiritual giants ‚Äì appear besides Jesus. Moses ‚Äì who climbed Mt Sinai and received the law and ten commandments ‚Äì who’s face shined bright when he encountered God – is met by Elijah ‚Äì a prophet with his own history of mountaintops ‚Äì a prophet who did battle with the ancient god Baal and defeated Baal’s prophets – they stand next to Jesus ‚Äì and they talk ‚Äì they talk to Jesus about his future. And as the three disciples watch this scene unfold ‚Äì they’re dumbfounded. This is… this is awesome. This is validation. This is seeing, for themselves, that they made the right choice to follow Jesus. It would be like, in 2016, if a candidate for President was giving a press conference, and, suddenly, she was surrounded by George Washington and Abe Lincoln ‚Äì and they gave each other high fives ‚Äì that’s the ultimate endorsement. That candidate would win. And this is what the disciples saw ‚Äì and Peter, Peter can’t contain himself. He doesn’t know what to say ‚Äì he just speaks and says “Lord! Lord! Let us built three dwelling places, right here, right now!” Let’s honor this moment ‚Äì let’s share this moment by making it lasting ‚Äì lets make dwelling places where Moses, Elijah, and Jesus could live so that we can contain them here ‚Äì keep them here ‚Äì keep this amazing experience locked, forever, on earth. Peter did what we’d all do ‚Äì he saw the mountaintop, he had this amazing God moment ‚Äì and he wanted to trap it, hold it, not let go of it. And why would you let it go? Why not keep it? It’s an amazing source of joy ‚Äì to see what they saw ‚Äì to be validated like they felt they were – and here’s proof of who Jesus is ‚Äì Jesus is the ultimate – a person worth following. So let’s keep it ‚Äì hold onto it ‚Äì let’s not let this transformation disappear.

And God ‚Äì God steps in and says NO.

I think God is rebuking of the disciples, right here. Because look at what God says – “This is my Son, my chosen; LISTEN to him.” The disciples aren’t listening. They aren’t paying attention to the whole story. They’re seeing Jesus being transfigured ‚Äì they are seeing Jesus the way they hoped they would ‚Äì seeing ‚Äì but not listening. They’re not listening to what is being said. And Luke forces this point by pointing out what Jesus, Moses, and Elijah were doing ‚Äì they were talking about Jesus’s departure ‚Äì about his journey DOWN from this mountain – and about his journey to a new mountain ‚Äì to Mt Zion ‚Äì to Jerusalem ‚Äì and to, finally, being raised up on a the hill of Calvary ‚Äì to be killed.

They were stuck on the mountaintop and they didn’t want Jesus coming down from the mountain ‚Äì into the valley ‚Äì and into the messiness and reality of what it means to live a human life. But God isn’t a God of only mountaintops or a God who only belongs on peaks ‚Äì God is a God who belongs everywhere ‚Äì and doesn’t take kindly to being asked to be a God in disguise ‚Äì a God who is merely one of our creations ‚Äì limited by our expectations ‚Äì until we need God in a supernatural or special way. No, God is a God who is never in our disguises ‚Äì even though we try as hard as we can to trap God in one.

And that’s our story really ‚Äì our desire to keep Jesus in disguise ‚Äì to trap Jesus where we expect him to be – at arm’s length unless we need him. We build our own versions of churches in our lives where we place God and keep God there. God is only involved on Sundays ‚Äì or on Christmas ‚Äì or on Easter ‚Äì or at weddings, funerals. God isn’t there, all the time. And when God is ‚Äì we know it because it feels, appears ‚Äì it just is ‚Äì well – obvious. We look for these special mountaintop experiences ‚Äì where we see God doing God-like things ‚Äì being good ‚Äì doing good ‚Äì saving us ‚Äì saving the world ‚Äì and that becomes God to us; a God of special, unique, and earth-shattering experiences. But, like some spiritual junkies ‚Äì we try to trap God in that place. Our God moments are restricted to mountaintop moments ‚Äì and if we don’t have them ‚Äì we have no guarantee that God loves us ‚Äì that God cares about us ‚Äì or that even God is involved in our lives. Our faith, then, depends on mountaintop experiences ‚Äì it depends on feelings ‚Äì it depends on witnessing those amazing events ‚Äì of being that disciple on the mountaintop ‚Äì of not listening to the rest of the story –

because Jesus came down from the mountain. And when he did, he ran into a person in need ‚Äì a father-in-need who told Jesus his story ‚Äì his story of a son who is sick, a son who needed healing – a son that the disciples could not heal ‚Äì but Jesus heals ‚Äì Jesus acts ‚Äì because Jesus is never in disguise –
we just wished he was.

But God says no.

God has chosen to be a God in all places ‚Äì active, not passive, in the world

But God says otherwise. God won’t be restricted to the mountaintops ‚Äì God won’t let us live out Sin by restricting God to only those experiences that seem special or exhilarating ‚Äì or those moments where we expect God to be –

Because God sent Jesus to live a human life

to experience joys ‚Äì to turn water into wine

to eat, drink, and share his table with the unwanted, unloved, with those who never thought God would pay attention to them

and, in the last hour, when Jesus was crucified ‚Äì he died ‚Äì showing that there is no place that God is unwilling to go ‚Äì that there is nothing, nothing, that can separate us from the love of Christ ‚Äì even death ‚Äì even the breaking of all relationships ‚Äì even when Jesus felt completely abandoned by God –

there is truly no where that God won’t go.

To listen to God’s Son is to not stay on the mountaintop ‚Äì but to witness Jesus’s glory in every aspect of our lives ‚Äì from our relationships at work, with our families, with our parents, our children, our friends ‚Äì and strangers on the bus and subway –

to pray to be agents of healing, justice, peace, and love in the world

and to not give up on others –

because God comes down to live in our valleys –

Rather God has choosen to live in our lives –

to walk in our lives –

to be present even when we think, feel, and truly believe that God has given up on us

because, to give up ‚Äì well ‚Äì that’s just not what God does.

One thought on “Jesus – Holy in Disguise? A Transfiguration Sermon”