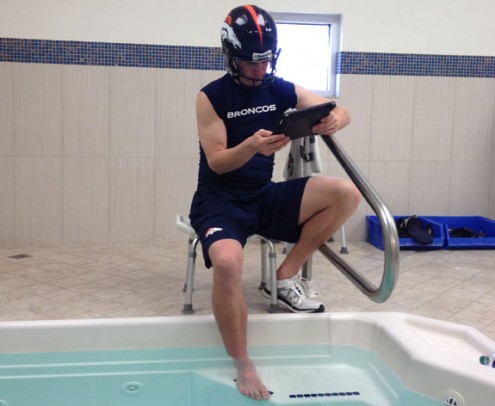 Peyton Manning does it all. Here he is icing his ankle, watching game film on an iPad, and listening to the plays being called on the practice field behind him. He’s probably also filming a Papa John’s commercial at the same time, writing the next rap battle with his brother, attending a parent teacher conference, solving world hunger, and throwing over 50 td passes a year. He is an inspiration to almost-clergy everywhere, especially those who are still trying to figure out how to be “on” while their toddler is in the room because I haven’t figured that out yet. That’s something, sadly, seminary doesn’t teach you.