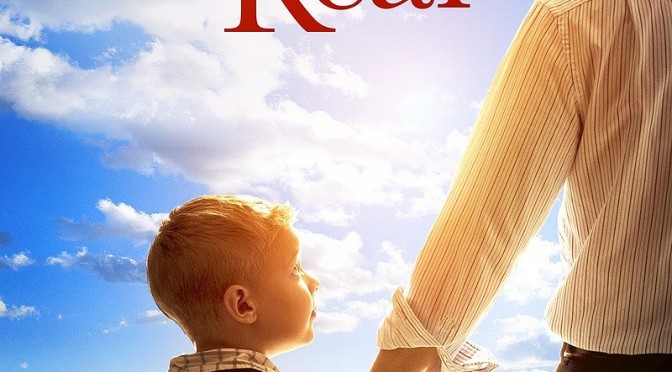 We hosted a movie night at Christ Lutheran Church tonight where we showed “Heaven is for Real.” After the movie, I shared a short reflection on heaven and a thirty minute discussion with the 27 folks in attendance. Here’s the script that I prepared (but didn’t necessarily follow).

So, after this movie showing was scheduled on the calendar, I was asked to share some thoughts about heaven. So consider this my scripted take on “heaven” and, after this, we’ll have a short talk-back about the film where I would love to hear your thoughts on the movie, on heaven, on your experiences, etc.

But before I can get to heaven, I need to share a little bit about me. My name is Marc Stutzel, I’m brand new here at Christ Lutheran, brand new to New Jersey, and brand new to being a pastor too. I was officially ordained as a pastor just last Saturday and my first day here at Christ was October 1st. I moved out here to New Jersey at the end of June and graduated from seminary in May. So I’m new to this place – I’m new to being called Pastor Marc – I’m new to being the resident theologian of a church. I’m new to being asked questions like “what is heaven?” but I’m not new in wanting answers to questions like these. The title of our movie tonight is an answer to that question – it’s a matter-o-fact statement that Heaven is Real. It exists and it’s a place.

Now, in this church, we read the bible in a translation called the New Revised Standard version and if you search for the word “heaven” – it appears over 600 times. Early references to heaven describe it as a place distinct from what we experience. The very first verse says “In the beginning when God created the heavens and the earth‚Ä¶” and Genesis goes on to describe heaven in some kind of vertical relationship with us. Heaven is “up there,” away from us, distant – but not so distant that we can’t see it or be influenced by it. The stars, moon, and sun are in heaven (Deut 4:19)…when God promises that Abram’s descendants will be numberless, God asks Abram to count “the stars in heaven.” (Gen 15:5) God is also described as the “Lord of heaven and earth” (Gen 24:3) and during the Exodus, manna comes down from heaven to feed the people in the wilderness (Ex. 16:4). As we move along, we hear of there being something called “the heavens of heaven” (Deut 10:14) which also belong to God. When Solomon builds the first temple in Jerusalem, he describes heaven as a place that can’t even contain God – so how could this little building on earth contain God as well?(1 Kings 8:27) Solomon continues his prayer at the Temple by describing heaven as “God’s dwelling place.” Both the book of Job and the Psalms continue to expand on this vision of heaven as place – but as a place that is bigger than our experience, comprehension, and a place that can’t even contain God. There are even words of God being exalted OVER heaven (Ps 57:11). In Isaiah, we hear God say that “Heaven is my throne and the earth is my footstool; what is the house that you would build for me, and what is my resting place?” (Is 66:1) Heaven is also described as a place that is filled with beings. When we hear the phrase in scripture “the hosts of heaven,” we need to know that what is being described is “the army of heaven.” So Heaven might be vast but it is not empty.

Now, I know I’m being quick and not very indepth – but I get the sense that the writers of scripture seem to have a sense of heaven as a place distinct from the earth – a place where God dwells but that does not contain or bound God to only one location. God is still able to interact and get involved here on earth.

Now, when we look at the New Testament – we see heaven mentioned all the time. Heaven is indeed a place – it’s a kingdom – but it’s a kingdom that’s on the move. Right off the bat, we have John the Baptist saying “Repent, for the kingdom of heaven has come near.” Heaven is described as a place that we can enter into, some place we will get to in the future, a place where we can gain and stockpile treasure. Jesus loves starting parables with the phrase “the kingdom of heaven is like” – for example, “The kingdom of heaven is like a treasure hidden in a field” or like “a merchant in search of fine pearls” or “like a net that was thrown into the sea and caught fish of every kind” or “like a mustard seed that someone took and sowed”. So heaven is a place – Jesus even describes heaven as we would describe the sky – a place where rain comes from. So heaven is described as a physical place but also as a kingdom – a place with beings, a ruler, a government of some type – but this kingdom doesn’t seem static. It moves. It makes its impact felt right now – intersecting into this earth, burrowing into our lives, right now. John’s gospel, out of the four, is the most explicit about this. We hear of Jesus coming down from Heaven – John’s gospel much more reinforces this up-and-down, vertical relationship between earth and heaven and that Jesus moves from one to the other. One lens we can use to expand on this vertical dimension of heaven is to see through the lens of baptism – to see when Jesus is baptized that the heavens opened – a dove descended – and a voice came down – and that the heavens are still open. We can continue this theme of openness through Matthew when, after Jesus is crucified, the curtain in the temple that sealed off where God’s presence was fully felt and experienced – the holy of holies – is broken. We can see that as God’s presence has been removed from the Temple or that God’s real presence can no longer be seen as in only one place.

Now, in the beginning of Acts, we hear that Jesus ascends into heaven – there’s some famous art in the world where you have the disciples staring up into the sky and, at the top of the painting or statue or wood carving, you just have a couple of feet hanging up there. We hear about Peter having a dream where animals descend from Heaven. We hear about visions of Jesus being seen standing next to the Father in heaven. Paul is blinded by a light from heaven. And we also hear Paul describe his own trip to heaven and of another believer’s trip to “the third heaven” – whatever that is. And the book of Revelation is framed as a vision and trip to heaven.

So I went through quickly what scripture says about heaven as a place – and scripture spends a lot of time talking about heaven as a place. It has dimension, it’s physical, it has a vastness that cannot even contain God. But we can also see heaven being some kind of force – a movement – reminding me of the Holy Spirit or when God’s breath moved over the waters at creation – Jesus’ favorite use of the word heaven is to imagine heaven as a place that breaks into the world right now. And, if I’m honest, I’ll admit that my analysis here is just on the surface. There’s a lot more to heaven than just this short reflection can contain.

But I think there’s another component to heaven that’s important, and that’s what we bring to the conversation.

Now, I told you all earlier that I just graduated from seminary – and, well, in seminary, I didn’t take a class on heaven. Heaven wasn’t on the radar. And when I reached out to colleagues of mine about what to dig into to prepare for tonight, I didn’t get many responses. My experience among Lutheran clergy – us who are religious professionals – is that we don’t dig into heaven as a place very much. But we do deal with heaven everyday.

As a religious professional, we deal with death – a lot. We witness and experience pain and loss. We experience broken hearts, broken lives, and broken relationships. We see, name, and identify hurt because that’s part of our job.

And it’s because of all of that – because of my experience of seeing hope end and also begin, of witnessing death and resurrection – that I, like that movie title, believe that Heaven is For Real.

Now, if I went into specifics – and we’ll have time to talk about specifics – I wouldn’t agree with the details of the book or movie that we saw tonight. There’s something about it that is too comfortable for me and not hopeful enough. Both the book and the movie tend to focus on areas of faith or questions of faith that I don’t necessarily find meaningful or lifegiving to me. I don’t care about Jesus’ eyes, for example, nor do I think about angels singing to me much. I think the movie spends a lot of time focusing on the place of heaven rather than on the experience of heaven. And what I mean by that is that I tend to find Jesus’ use of heaven as life-giving. Heaven, for Jesus, is a place. It’s real. But heaven is also a movement – an experience – something that happens and happens to us. And Jesus models that in his parables, in his use of the words “the kingdom of heaven,” and in his practice and ministry. He models the kingdom of heaven coming near – and calls us to that ministry as well. Heaven is real but heaven isn’t distant. It has come near and we are in its beginning.

As a Lutheran Christian, I’d be remiss if I didn’t name drop Martin Luther once and so I’ll end this with something he said that, I think, illustrates this vision of heaven as a movement – as an experience – as something that impacts our lives here and now. He said “Eternal life begins here, in our hearts; for when we begin to believe in Christ, after we have been baptized, then, according to faith and the Word, we are liberated from death, from sin, and from the devil.” Eternal life begins now. Heaven begins now. And we’re called to live that life out.