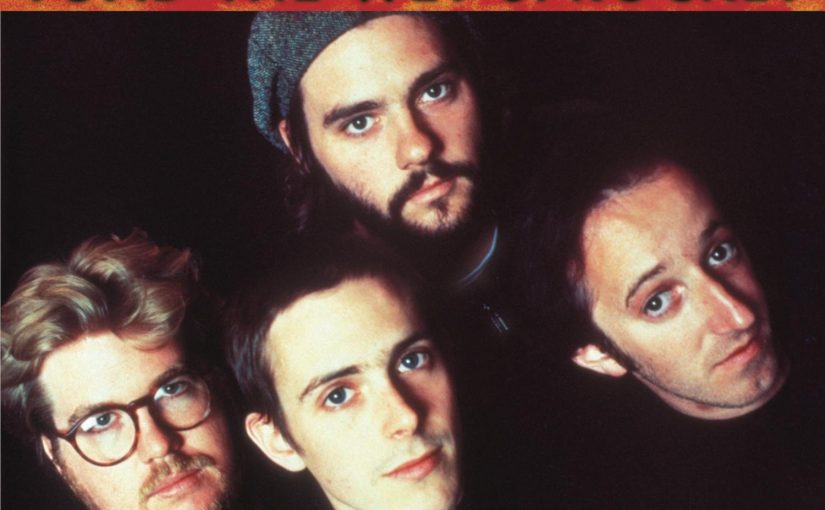 My sermon from the 2nd Sunday after Epiphany (January 14, 2018) on 1 Samuel 3:1-10. Listen to the recording at the bottom of the page or read my manuscript below.

When do we stop listening to new pop music?

A few years ago, a study was released asking that question. The study took several years of data from the online streaming music service called Spotify, matching the songs people listen to with their actual ages. And the authors of the study noticed that consumers of pop music follow a pattern. Pop music becomes important to us when we are teenagers. We’re developing our own cultural tastes but, since we’re young, we don’t know what our options are. We first listen to whatever is popular on the radio or the Disney channel or whatever we see on YouTube. And then, as we transition into our late teens and early twenties, we start expanding what we listen to. We discover bands and genres that are not on the radio. We affirm our own sense of independence and our own unique identity by becoming that person who tells their friends that we know what’s cool before they do. And then, in our mid 30s, our search for new music typically stops. We keep listening to the bands and albums we already love and we go back to re-discover the music that was popular when we were teenagers. While the rest of the world invents new musical styles and new sounds, we stay in the place we already are. Now, I know that this pop music generalization doesn’t work for everyone. I’m sure you have a friend who always knows what the kids are listening to these days, or you might be that kid yourself. But this pattern of what we listen to feels like it might make sense. And I’ve been thinking about this lately because something happened in our local media market that made me wonder if I’m on the other side of the pop music listening curve.

Because about two months ago, I was driving home after a meeting at church when I stumbled on a new radio station. And this station was doing something different. They were playing all the music that dominated the radio waves in Denver, CO in the late 80s and 90s. This new radio station is devoted to “alternative.” Do you remember alternative? It’s bands with names like Toad the Wet Sprocket, Nine Inch Nails, Radiohead, Hootie and the Blowfish, and the Crash Test Dummies. I was a bit shocked, to be honest, when I stumbled onto this station because this…this was my childhood. And I know I’m totally revealing my age here and there’s a chance you have no idea who these bands are – but I want you to imagine, for a moment at least, stumbling onto the music that you grew up with, this music that spoke to you, the music you hummed to yourself as you were trying to fall asleep every night. And if you’re young and what I’m talking about hasn’t happened to you yet, I’m hopeful that this experience of discovering your personal soundtrack will come. And then, in twenty years, you can be like me, and stumble onto the songs that matter to you while you are living in a new place and at a new point in your life. And then when that happens, will the songs you used to sing sound just like they did when you were 15? Or can we hear them in a new way?

I don’t know what music Samuel listen to when he was young. And in our first reading today, he actually is still young – probably just ten or eleven years old. When he was born, his mother entrusted him to the Temple in Jerusalem and that’s where he grew up. So it’s probably safe to say that the music of the Temple was the soundtrack to his early life. Psalms, hymns, trumpets, and various string instruments became, I think, Samuel’s songs. And as he tried to fall asleep in our first scripture reading today, I imagine that he hummed these Temple songs as he laid down after a serving God.

And then, suddenly, Samuel heard a sound he already knew but one that couldn’t really place. So Samuel did what he always did when he heard his name: he went to Eli, the spiritual and political leader of Israel. Eli lived in, and tended to, the Temple and he was Samuel’s caregiver. The words Samuel heard as he fell asleep were words he knew well. The person always singing this kind of song, always shouting his name, was Eli, so Samuel got up, ready to reply. Samuel, I think, was doing what we all do, sort of just half-listening to the words that were spoken. He heard his name and he instantly went into his own personal pattern of finding Eli and offering Eli a reply. Samuel, at this moment, struggled to understand what was happening. He didn’t pause and listen for that kind of understanding. And he probably didn’t even think he had to pause at all. The words he heard were, he assumed, from a song he already knew. But this time, the Lord was calling. And God, whose voice and breath gave Samuel, life, was speaking to Samuel in a new way. God wasn’t asking Samuel to listen like he always did. God wasn’t looking for Samuel’s usual reply. God need Samuel to pause, to listen for understanding, because God had a new word to share.

I wonder how many of us have said something, only to know by the responses that we weren’t understood. I wonder how many of us have been so focused on our reply that we didn’t understand what was actually being said. If I had a guess, I imagine that everyone in this room could share dozens of stories about the times when they weren’t listened to or when they failed to listen to others. It’s not hard to just react to what someone says. It’s not hard to be so focused on our reply that we end up being defensive, we lose our empathy, and we attack whatever the other person just said. We sometimes spend too much time trying to “win” whatever conversation we’re in, rather than actually listen and understand the words we hear. And that’s because, I think, listening for understanding is very hard. And it’s scary. And it forces us to be vulnerable. When we truly listen, we discover the ways we hurt others. We learn hear how our in-actions caused pain to those around us. When we listen to understand instead of just listening to respond, we discover how powerful our words actually are. And we are forced, in that moment, to put our own ego aside. Because when we listen, we let the other person lead and we become their servant.

And that, in essence, is part of what it means to be follow Christ. We are called to listen for understanding. And this call starts the moment God calls our name. That call is made public, for all to see, when the waters of baptism are first poured over us. This call to listen is a call meant for us and for little William Lintner in his baptism today. And even though the words of this call do not change, the meaning for us changes as we change. The words and songs that set us on fire as a teenager and helped us grow up in our 20s always stay the same; But we, the ones who are listening, change. We grow older. We gain new experiences. We run into new challenges and we find new joys. And so we’re not asked to just respond to things like we always did. We’re not here to only focus on our replies. God invites us to listen for understanding. God invites us to lose our ego and know that God’s voice and words will come to us from unexpected places and through unexpected people. And we are called to trust that the God who called Samuel is still calling us. Our God is still speaking. Our God is still singing a song just for us. And we can, right now, turn towards God and our neighbor and truly listen.