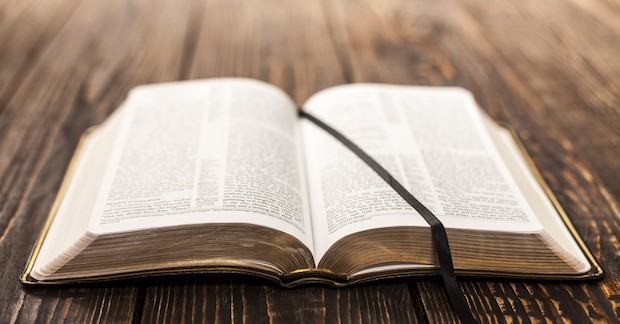 As soon as [Jesus and the disciples] left the synagogue, they entered the house of Simon and Andrew, with James and John. Now Simon’s mother-in-law was in bed with a fever, and they told him about her at once. He came and took her by the hand and lifted her up. Then the fever left her, and she began to serve them.

That evening, at sundown, they brought to him all who were sick or possessed with demons. And the whole city was gathered around the door. And he cured many who were sick with various diseases, and cast out many demons; and he would not permit the demons to speak, because they knew him. In the morning, while it was still very dark, he got up and went out to a deserted place, and there he prayed. And Simon and his companions hunted for him. When they found him, they said to him, “Everyone is searching for you.” He answered, “Let us go on to the neighboring towns, so that I may proclaim the message there also; for that is what I came out to do.” And he went throughout Galilee, proclaiming the message in their synagogues and casting out demons.

My sermon from the 5th Sunday after Epiphany (February 4, 2018) on Mark 1:29-39. Listen to the recording at the bottom of the page or read my manuscript below.

I want to ask you a question: what did you do to prepare yourself to hear scripture today? I’ll be honest and say that sometimes, when I am in the pews, I do nothing to prepare myself for any scripture readings. Some days, just being here feels like it’s all I need to do. I flip open the bulletin, look at the words, and wait for an idea or a phrase or a feeling to jump out at me. Being this kind of passive participant with the Bible is sometimes exactly what we’re supposed to do. But there are more active ways to get ourselves ready to hear God’s word. Over the years, I’ve used a few tricks that might help all of us be a little more engaged with the text. We can, for example, choose to close our bulletin and focus on hearing the words instead of reading them. We can say a quick prayer, asking God to reveal to us what God already knows we need. We can also try to close our ears, mentally blocking out the tone and inflections used by the person reading out loud so that we can have a very personal reading of the text. And if none of those options fit our worship style, we can do something else, something that I like to call the eyebrow test. The first thing we do in the eyebrow test is relax our face. We want our eyebrows and eyes to be free to react to anything that we read or hear. And then, while the text is being read, we pay attention to what our eyes and eyebrows do. If we roll our eyes, blink hard, or raise one eyebrow, that part of the text might be what the Holy Spirit wants us to focus on. So looking back at this reading from Mark, what part of this text caused your eyebrows to move?

For me, my eyebrows went up at verse 33. Jesus heals Simon’s mother-in-law and the first thing she does is serve the men around her. Now, that might not have been the part of the text that you noticed. But when I shared this text with my colleagues and friends, Simon’s mother-in-law made a lot of eyebrows move. We talked about why that was and a movement happening in our culture right now kept coming up. In this moment when #metoo is making an impact in many different areas of our society, our expectations of ourselves and others are being confronted. There was an expectation for Simon’s mother-in-law to serve and so she did. But expectations can be problematic. It was expected, that if you worked in certain corporate offices or professions or fields – you would be harassed. And it was expected that you would accept that harassment if you wanted to further your career. It was expected that your boss or supervisor would make a pass at you and, if you reported it, you would be ignored or punished or your harasser would be reassigned to a place where no one would know what they had done. Survivors of harassment and assault would be stuck, not knowing who would believe them. Women in this situations banned together, alerting each other to the people and systems who enabled this hostile behavior to continue. It was expected, and through a collective silence accepted, that those with any kind of power would, and could, harass their subordinates. Not everyone did that but too many people, too many men, took advantage of their power over others to spiritually, physically, and emotionally hurt the people around them. It was power, not lust, that gave them what they want. And since these harassers were famous, rich, creative, or successful, they got away with what they did. Their victims couldn’t walk or run away because the rest of us, for years, chose not to believe those who were victimized. We assumed that those with power over others have a right to that power and we gave them the benefit of the doubt. But that benefit is usually all they need to harm so many others.

Now, most of us had never heard of #metoo until just a few months ago. But it’s a movement that was started over a decade ago by Tarana Burke, as a way to support women of color who experienced sexual harassment and abuse. By creating a space where a survivor could tell their story, #metoo has brought to light the kind of expectations women and some men were supposed to put up with. Even the church, through it’s #churchtoo movement, is being confronted by the stories of women and men, especially women clergy, who are regularly harassed and abused. This movement is making an impact in every part of our life where one person has power or authority over another. And it’s about time that it has. For too long, this kind of violence has been tolerated because it was expected. Too many people, through no fault of their own, have had to live through these experiences. Not every survivor will feel safe enough to share their story. But those who do, who know they will have to live with the consequences that come with sharing their stories in a world that doesn’t want to hear them, these women and some men have helped, I hope, to unravel our expectations of what power is supposed to do. And in that process, they are revealing the kind of power that Jesus exercises and shares.

Because power, as Jesus shows, always lifts the vulnerable up. Jesus, when he entered Simon’s house, is immediately told about Simon’s mother-in-law. She is ill, with a fever. And in an era without ibuprofen and Tylenol, she is, most likely, dying. Simon tells Jesus all of his mother in law’s hurts, pain, and suffering because she can’t do that herself. And that’s when Jesus goes to her. He sees her. He takes her by the hand and lifts her up before she is fully healed. Before Simon’s mother-in-law is made well, Jesus helps her up, giving her the dignity she deserves because she is made in the image of God. It’s only after her story is heard and believed, after she is given her dignity and status as a true human being, that she is made whole. Power, as Jesus shows us, doesn’t hurt the vulnerable. Those with power are called to lift others up, not because they and the vulnerable are perfect but because Jesus is.

And then, after all of that, Simon’s mother in law serves. And it’s okay to be uncomfortable with that. She still lived in a world full of expectations. But after this encounter with Jesus, she is now able to thrive. She now has new life. And giving others new life is just what Jesus does. This new life isn’t something Jesus only gave to people he encountered 2000 years ago. That new life is something Jesus has already given to each of us. Jesus made a promise to each of us in our baptism that his love isn’t defined by how others view us. And he renews this promise of new life to us every day, helping us to love others in the same way he love us. So that means we get to hear these #metoo stories and then change. We get to redo our expectations of what it means to be in relationships with people who we have power and authority over. We get to believe the women and men who are survivors, to lift them up, and then give them what they need to thrive. And we are asked look back into our own past, to admit the wrongs we did or saw or experienced, and to not let “that’s just the way it was” be our excuse. Because, in our baptism, we were shown a new way to live. And, in Jesus’ life, we were given a new image of what power in God’s world is supposed to look like. Power is suppose to serve and not make those without power serve us. But when power over others moved the world to nail Jesus to the Cross, God resurrected Jesus from the grave, because God will always has the final word. And in those moments when the behavior at work or at church or at school make our eyebrow go up or worse, Jesus calls all of us to lift the survivors of harassment and assault up, and to give them the dignity, mercy, and new life that Jesus has already given to us.