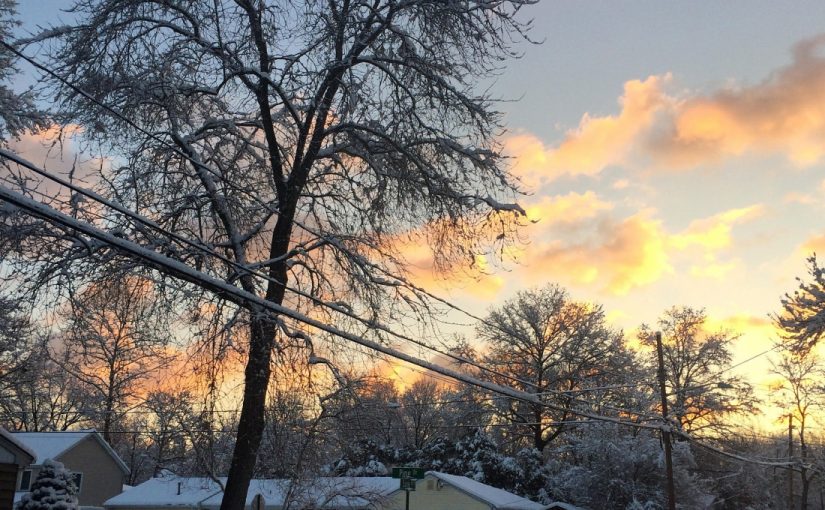 In those days Jesus came from Nazareth of Galilee and was baptized by John in the Jordan. And just as he was coming up out of the water, he saw the heavens torn apart and the Spirit descending like a dove on him.And a voice came from heaven, “You are my Son, the Beloved; with you I am well pleased.” And the Spirit immediately drove him out into the wilderness. He was in the wilderness forty days, tempted by Satan; and he was with the wild beasts; and the angels waited on him.

Now after John was arrested, Jesus came to Galilee, proclaiming the good news of God, and saying, “The time is fulfilled, and the kingdom of God has come near; repent, and believe in the good news.”

My sermon from First Sunday in Lent (February 18, 2018) on Mark 1:9-15. Listen to the recording at the bottom of the page or read my manuscript below.

So if it’s okay, I’d like to do something a tad different today. In honor of Mark’s version of Jesus’ temptation in the wilderness being the shortest version we have, I’m going to be a little shorter today too. At merely 1 verse in length, Mark’s description of Jesus’ time in the wilderness lacks the details we might expect. Mark tells us that Satan, the devil, tempted Jesus but we don’t really know what that means. Matthew and Luke will expand that story, giving us details about what Satan will do to the Son of God. But Mark doesn’t do that. Mark, instead, gives us an intriguing detail, inviting us to use our imagination to visualize, expand, and dig into what that detail might mean. And then Mark rushes to the next thing. Jesus was in the wilderness, hanging out with wild animals in an untamed place where only God could be in control – and then Jesus learned that John the Baptist was arrested. John, as we find out later, spoke out against the sexual coercion and abuse the king did in his quest for more power and control. The king tried to silence John only to have Jesus respond instead. Jesus in Mark jumps quickly from his baptism to his preaching and teaching in the world. And If we read this passage too quickly, we might think we’re supposed to skip over those 40 days that are full of trials, hardships, dangers, and mystery. If we read too fast, we can skip past the evil, skip over struggle, and just move on to the next part of the story. But sometimes moving on is something we can’t do. Sometimes we’re in that wilderness, in that evil, in that struggle, and in that place where life is hard. There are times when living through our life rather than just skipping over to the next part is the only thing we can do. And when we’re caught up in those moments, that doesn’t mean God loves us less.

Kate Bowler is a professor of North American Religion at Duke Divinity School. She just released a new book that I haven’t read but it is on its way to my house. It’s called “Everything happens for a reason and other lies I’ve loved.” It’s a memoir of sorts because Kate found herself, at the age of 35 married, with a 1 year old, working her dream job, and living her best shiny and bright life – and then she was diagnosed with stage 4 cancer. She’s still undergoing treatments but is actively promoting her book, giving interviews, and even launched her own podcast. Her writing and interviews are rooted in being where she’s at: caught up in this moment where her mortality is very real, very present, and where she has to make decisions she never expected to make. She can’t skip or spend her energy on the next part of the story that’s all shiny and bright. She’s living in a moment that’s hard. And she knows it’s hard. And she values those around her who say, out loud, that this is hard. And awful. And full of mystery. If I was describing her story, I’d say she’s living in the wilderness, living in an untamed place, living in her version of Lent but that doesn’t mean God loves her less.

This living in Lent…living in what is hard…is not an easy thing to do. If we had our choice, we won’t really want to be there. Who wants to struggle, and cry, and know that we might not get back to the way we were? Who wants to have to admit that life is going to keep getting harder? And who wants to know how broken they truly are? In a world where every moment is supposed to be about living your best life, living in Lent seems downright strange. Because when we live in Lent, we admit who we truly are. We admit that life isn’t always shiny and bright. And we admit that we will struggle, that we will make mistakes, and that we will try to run away from what’s hard. But there’s one more admission we get to make. We know and trust that we are not the only one who lived through Lent, lived with struggle, and lived with suffering. We know that Jesus did too. And his 40 days with the wild beasts, Satan, and temptation was just one of his Lents, one of many moments when life was hard – like when his friends left him, and denied him, and when he suddenly found himself alone. Jesus didn’t rush through his Lents and he doesn’t ask us too either.

Instead, Jesus knows there are moments when life is hard. There are moments when we wish we could skip to the next part of our story. Living in Lent means living in what’s hard, in what might feel untamed, wild, and full of grief. It’s a moment we aren’t asked to like. And this moment might last way longer than just 1 verse or 40 days or even a decade. But even when we are caught up in those moments, we are not living in them alone. Because the Jesus who was in his wilderness is in yours too. And he isn’t trying to only help you survive. Jesus is here to love us through our Lent and he bring us to the other side.