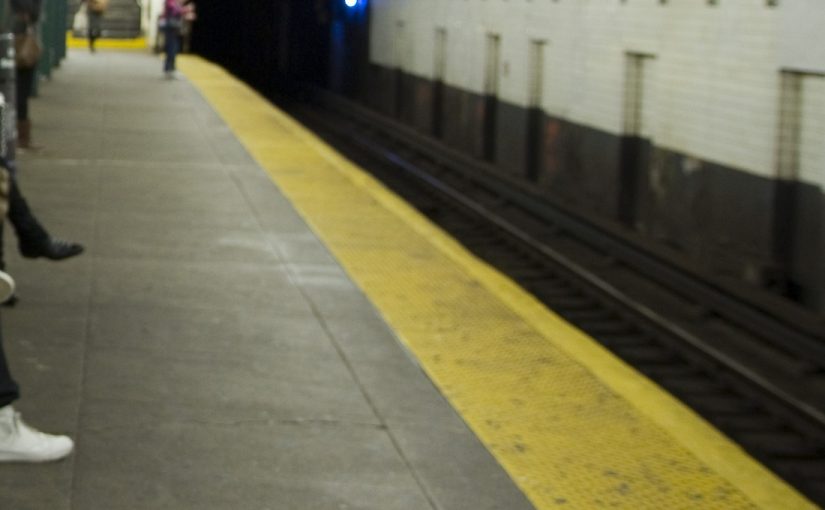 [Jesus went home] and the crowd came together again, so that [Jesus and his disciples] could not even eat.When his family heard it, they went out to restrain him, for people were saying, “He has gone out of his mind.” And the scribes who came down from Jerusalem said, “He has Beelzebul, and by the ruler of the demons he casts out demons.” And he called them to him, and spoke to them in parables, “How can Satan cast out Satan? If a kingdom is divided against itself, that kingdom cannot stand. And if a house is divided against itself, that house will not be able to stand. And if Satan has risen up against himself and is divided, he cannot stand, but his end has come. But no one can enter a strong man’s house and plunder his property without first tying up the strong man; then indeed the house can be plundered.

“Truly I tell you, people will be forgiven for their sins and whatever blasphemies they utter; but whoever blasphemes against the Holy Spirit can never have forgiveness, but is guilty of an eternal sin”— for they had said, “He has an unclean spirit.”

My sermon from 3rd Sunday after Pentecost (June 10, 2018) on Mark 3:20-3. Listen to the recording at the bottom of the page or read my manuscript below.

There are many spoken and unspoken rules of etiquette that make mass transit work. Some of these rules are obvious, like a sign in an airplane bathroom saying “No smoking.” But other rules are only learned through experience. It usually takes a trip or two to figure out what our airplane attire should be so that we can slip on and off our shoes quickly as we go through airport security. As a former daily rider of the New York City subway, I learned a lot of these unspoken rules while taking rides on the A, the W, and the 1,2, and 3. I learned, for example, where to stand in the subway car when kids did their “what time is it? Showtime!” routines, so they wouldn’t hit me in the head while they twirled around on the overhead bars. I also discovered why you don’t count your blessings when you walk into what appears to be an empty subway car on an otherwise very full train. And I mastered all the jumps, hops, and skips needed to transfer from an express to a local when the doors on both trains are about to close. Yet the place where the spoken and unspoken rules of the subway really made their presence known to me was on that bright yellow line located in the subway stations themselves. That line, usually chipped and barely visible, marks the edge of the subway platform itself. It tells us where it’s safe to stand and where it’s not because when a subway train zooms through the station, the edge of that subway platform ends up being a very dangerous place to be. We’re asked, through vocal announcements and posted signs, to always stand behind the yellow line. But it’s not hard to take a step on that line because there’s nothing really stopping us from doing that. And once a train does enter the station, all of us end up inching onto that line – trying to find that sweet spot on the platform so we can be the first on the train once the doors open. The yellow line marks a place of real danger. The yellow line is there as a warning. And in our reading from the gospel according to Mark, Jesus is pointing to his version of that yellow line when he mentions the sin against the Holy Spirit.

Now, it’s a bit odd to hear Jesus – this Son of God who forgives sins all.the.time – talking about a sin that’s unforgivable. What sin could be so great that even Jesus would stay away from you? Sadly, Jesus isn’t very specific. All we get is this “blasphemy” against the Holy Spirit. We usually want something a little more clear so we let our imaginations run wild. We create lists full of the terrible things people do to each other and to themselves, trying to dream up where Jesus’ line actually is. This kind of list making is pretty normal. But it also can be extremely dangerous. I’ve walked with people who are new to Christianity, who end up spending years in a kind of spiritual torment thinking that something they did in their past was something that God would never forgive. I’ve been at the bedside of people who’ve lived incredibly meaningful lives, but who end up spending their final days in incredible guilt, not knowing if Jesus would welcome them in. I’ve seen church authorities, theologians, and pastors say that something as small as using the wrong word when you stub your toe or something as big as suicide would be the one thing that would keep Jesus away from you. None of these pronouncements are life giving. None of them bring hope. And none of them, I think, get to the heart of what Jesus is saying in this moment. Because this searching for the sin that Jesus won’t forgive pulls us away from the bible and we end up missing what Jesus actually said. When our response to scripture is to pull a quote from Jesus out of it so that we can find something out here we think makes more sense, that’s when we should do the opposite and jump back into scripture, back into the story, and spend time with Jesus as he is. We need to see Jesus in this text. We need to see who he is with. We need to see the crowd.

Now, we’re only in the 3rd chapter of Mark so we’re still at the beginning of Mark’s version of Jesus’ story. Yet, Jesus has already been pretty busy. He’s been preaching and teaching all over Galilee. He’s already started casting out demons, healing the sick, and telling all sorts of people their sins are forgiven. Word about him is starting to spread so people from all over Galilee and from other places like Judea, Jerusalem, and even foreign cities like Tyre and Sidon, come to see Jesus. This crowd around Jesus is full of all kinds of people. Men, women, and children; the educated and uneducated; locals and foreigners; everyone from every part of society is there, including the kinds of people we like and those we try to ignore. Every person in that crowd, through their encounter with Jesus, are being, in some way, restored. People are seeing demons being casted out and lives becoming full and whole. Jesus is seeing people as they are, showing them their value, and loving them because they are worth God’s love. This attracts the attention of the religious elites who come to see what Jesus is doing. They know Jesus is doing something incredible. They see the new life Jesus brings. But they can’t help but call what they see as false and unreal. These religious authorities are so cynical, so prideful, so trusting in themselves, that they can’t see God at work right in front of them. God’s grace and hope and love transforms lives; yet those in the know: the religious, the spiritual, the faithful; they are the ones who can’t see it.

The bright yellow line that Jesus mentions in this reading from Mark isn’t really a line that he draws himself. Rather he points to the line we draw when we miss seeing what Jesus is doing in our lives and in our world. When we give up on grace; when we fail to trust that Jesus is with us; and when we imagine that the new life we see in others somehow means our life is now less; we end up calling good evil and evil good. Now, since we are human beings, we are still sinners. We will look at the world around us, see what God is doing, feel uncomfortable, and let our uncomfortableness define what we do next. But we don’t have to do that. Instead, we can always lean on grace. We can always lean on love. We can do the work it takes to move past our uncomfort and discover where life is being made whole. We can notice the places in our world where brokenness is being restored and we can work to be a community where all people are seen and where all demons are casted out. But when those demons can’t be, when they are present in those we love and worship with, we can be a community that lives with them, offering help, love, and support, even when they can’t ask for any of that help themselves. The yellow line of warning that we imagine Jesus laying down for us is really a line of danger we create for ourselves when we think we know the limits to how God actually works. But when we do that, we forget that Jesus never gives up on us. He never gives up on those he claims and he loves. And his transformative power of grace is with us right now and it’s also out there, moving throughout God’s beloved world. The lines we put down are not the lines God draws. Our limits cannot hold back where God’s grace goes. And that’s a good thing. Because a God who is as limited as we imagine God should be – is never a god who can offer us the limitless love we do need – so that we can become the followers of Jesus that this world, and this church, needs us to be.