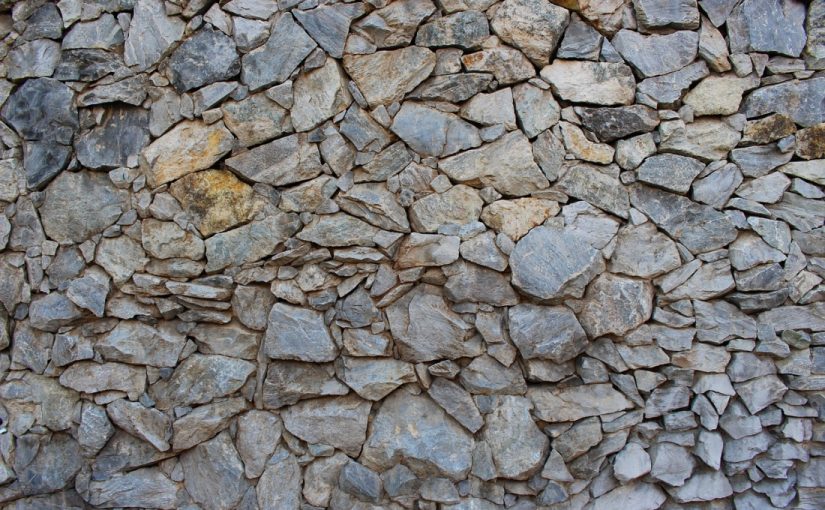 So then, remember that at one time you Gentiles by birth, called “the uncircumcision” by those who are called “the circumcision” —a physical circumcision made in the flesh by human hands— remember that you were at that time without Christ, being aliens from the commonwealth of Israel, and strangers to the covenants of promise, having no hope and without God in the world. But now in Christ Jesus you who once were far off have been brought near by the blood of Christ.

For he is our peace; in his flesh he has made both groups into one and has broken down the dividing wall, that is, the hostility between us. He has abolished the law with its commandments and ordinances, that he might create in himself one new humanity in place of the two, thus making peace, and might reconcile both groups to God in one body through the cross, thus putting to death that hostility through it. So he came and proclaimed peace to you who were far off and peace to those who were near; for through him both of us have access in one Spirit to the Father. So then you are no longer strangers and aliens, but you are citizens with the saints and also members of the household of God, built upon the foundation of the apostles and prophets, with Christ Jesus himself as the cornerstone. In him the whole structure is joined together and grows into a holy temple in the Lord; in whom you also are built together spiritually into a dwelling place for God.

My sermon from the 9th Sunday after Pentecost (July 22, 2018) on Ephesians 2:11-22 Listen to the recording at the bottom of the page or read my manuscript below.

Did you notice a bit of weirdness in our second reading from the letter to the Ephesians? Well, it might be hard to pin down just one bit of weirdness because there’s a lot in there. The passage begins by talking about Gentiles, moves to the circumcised versus the uncircumcised, and brings up aliens and strangers. The text then get a little Halloweeny by talking about Jesus’ blood and the walls of hostility that exist between us and other people. It’s easy to get lost in these verses since the sentences are long, the grammar is poor, and it’s difficult for translators to take this ancient greek writing and interpret it into modern English. Last week, I pointed out how eleven or so verses in the first chapter of Ephesians is really just one sentence in the greek. The author, in an enthusiastic way, wanted to overwhelm those hearing the letter, making sure they knew that they were destined to be children of God. They, as they are, were necessary so that the community in Ephesus could become Christ’s church. We’ve moved a bit from last week’s reading and it’s easy to hear these verses today and get confused by all the details. So we need to take a step back, skim through the passage, and pick out the main idea. And when we do that, we see unity. Jesus, according to Ephesians, brings together different groups of people and unites them into a new community. Faith and baptism gives everyone an additional identity, so that what unites us is greater than whatever divides us. Being with Jesus means we’re part of a diverse community that cares, serves, and loves each other. That’s the focus of this confusing text. Life with Jesus isn’t supposed to be like life anywhere else. Life with Jesus is full of difference; full of possibilities; and full of unity.

So if we keep that in our back pocket and read through this passage again, the details are still strange but maybe not as weird as they were before. The author is speaking to the people in the Ephesian community who followed Jesus but who didn’t grow up Jewish. As non-Jews, they’re called Gentiles. And it’s odd for Gentiles to believe in a messiah who was (and is) Jewish. But Jesus’ ministry always crossed cultural, religious, and national borders. The people who heard about him, who met him in marketplaces, at water wells, and on mountaintops were Samaritans, syrophoenicians, Israelites, Galileans, men, women, children, the sick, the healthy, the faithful, the non-believer, the Jewish person, and the Gentile. Jesus crossed the borders we built to keep ourselves apart. And it wasn’t long before his followers did the same. Paul, in his travels, preached in synagogues but he also went to the marketplaces. And I think his faith communities grew the most when he invited Gentiles to put aside their worship of many gods and instead discover the Jesus that lived, and died, and lives again for them. This kind of border crossing is never easy. And there were debates over how to bridge the Gentile and Jewish difference. Arguments arose over what kind of behaviors, what kind of actions, and even what kind of eating habits determined whether someone was part of the right group or not. The author of Ephesians is looking at the Gentiles inside that faith community and affirming that they are beloved children of God. In Christ, the walls, borders, and barriers separating the members of God’s publicly declared holy family comes down. And in the rush to make this point clear, the enthusiastic author of Ephesians emphasized this unity by saying something really weird. They wrote that Jesus “has abolished the law with its commandments and ordinances, that he might create in himself one new humanity in place of two…”

Now, that’s weird because if we know our Bible, we know that Jesus isn’t really described elsewhere as the One who abolished the Jewish law: the commandments, the ordinances, the rules, and the way of life that connects God’s original covenanted people to God. Jesus, in his own words, described himself as fulfilling the law and Paul, in the letter to the Romans, promised that he will keep following the law while he follows Jesus Christ. So how can the author of Ephesians make this claim? How can they write as if Jesus himself wanted to abolish the Jewishness of his own identity?

When we take “fulfillment” and merge it with “abolished,” then the unity described in today’s passage isn’t really unity. Because abolishing assumes that one identity and one way of life will replace all others. And that’s dangerous because we tend to take the additional identity we gain in Christ and assume that turns all our identities, our language, faith, culture, race, and background and converts it into an identity package that is more pure, holy, and Godly than all others. The true followers of Jesus, then, are required to look, act, and speak in exactly one way. And if someone can’t match that holy package, then they’re on the outside with no hope of ever being part of whatever’s right. This package we create always becomes an idol that ends up replacing Christ. And it’s this kind of idol that has led to programs, violence, and genocide directed towards the Jewish people, and others, for centuries. This same idol still shows up whenever someone complains that a dominant culture is being diluted and replaced by something that seems sub-human and different. When Jesus is described as someone who removed his own Jewish identity, then this passage from Ephesians stops being about unity and instead becomes a tool for disunity, violence, and suffering.

So it’s at this point, when we have a verse from scripture that is contradicted by other verses, that we have to make some choices. We can ignore this verse and act like it’s not really there. But it is there so we have to engage it. We can try to explain the problem away by claiming that this verse isn’t contradicted by other verses but that’s not helpful either. The Bible is full of verses that we will struggle with and God wants those verses to be there. We can choose to acknowledge that this problematic verse exists but, at the same time, let other verses, including Jesus’ own words, be the ones we choose to follow. We can also try to put this verse into context, noticing that the author is focused on Gentiles, on non-Jews, and we can give the author a pass for their over exuberant attempt at comforting the anxiety that existed in their community. Or we can do a combination of all of those thing while still clinging to the main idea: that in Christ, we are one but that doesn’t mean that our differences aren’t real. Diversity is hard. And being a community where difference exists is difficult because it’s easy to focus only on what divides us. We can spend all our energy alienating those who don’t look like us, who don’t speak like us, who don’t dress like us, and who don’t think like us. It’s easy to focus on where we are different because it’s harder to remember what unites us, what gathers us, and what brings us together. And the One who does that is Jesus Christ. We who once were far off and also who were near, we have been united by the blood of Christ. Through his calling, through the gift of faith, and through the joy of baptism – we are here to love and serve and care for each other because all of us, whether Christian since birth or brand new to the faith; all of us are needed to make Christ’s church the church God wants it to be. Differences will always be a part of this faith community. But as long as we cling to Jesus, we will be built into a community that is always loving, always faithful, and always new.