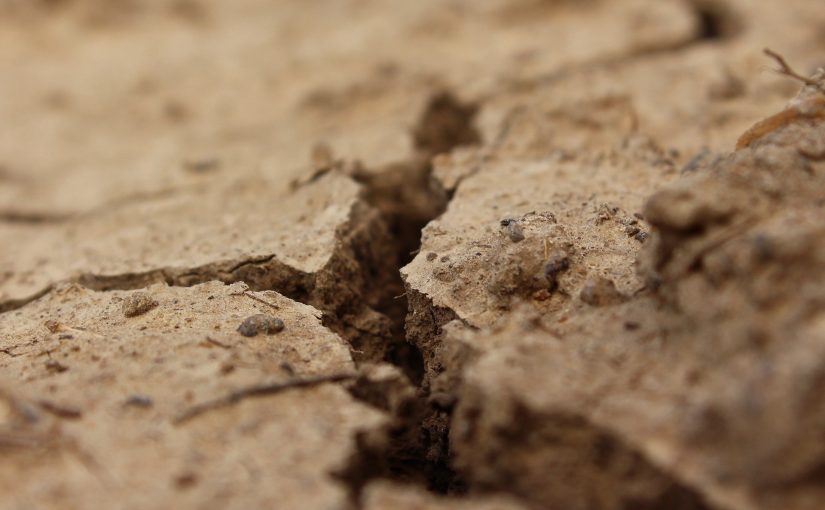 [Jesus] left that place and went to the region of Judea and beyond the Jordan. And crowds again gathered around him; and, as was his custom, he again taught them.

Some Pharisees came, and to test him they asked, “Is it lawful for a man to divorce his wife?” He answered them, “What did Moses command you?” They said, “Moses allowed a man to write a certificate of dismissal and to divorce her.” But Jesus said to them, “Because of your hardness of heart he wrote this commandment for you. But from the beginning of creation, ‘God made them male and female.’ ‘For this reason a man shall leave his father and mother and be joined to his wife, and the two shall become one flesh.’ So they are no longer two, but one flesh. Therefore what God has joined together, let no one separate.”

People were bringing little children to him in order that he might touch them; and the disciples spoke sternly to them. But when Jesus saw this, he was indignant and said to them, “Let the little children come to me; do not stop them; for it is to such as these that the kingdom of God belongs.Truly I tell you, whoever does not receive the kingdom of God as a little child will never enter it.” And he took them up in his arms, laid his hands on them, and blessed them.

My sermon from the 20th Sunday after Pentecost (October 7, 2018) on Mark 10:1-16. Listen to the recording at the bottom of the page or read my manuscript below.

Start with a pause.

So in the space between when I finished today’s reading from the gospel according to Mark to when I first started speaking, what sermon appeared in your head?

I was reminded this week that there are stories from the Bible that speak to us before the pastor says a word. These stories tend to connect with us on a very personal level. They tug at our heart and our soul, reminding us of personal experiences we’ve had, struggles we’ve overcome, and point to the current shadows that fill our lives. Jesus’ words about divorce is one of those stories. All I had to do was say that word and memories of fear, pain, and sadness bubble up. We might remember sermons in the past that hurt because they used Jesus’ words to condemn us while we went through our divorce. Or we might hold onto a part of what Jesus said and find ourselves struggling to connect or fully empathize with those who have gone through their own separation. Some might hear Jesus’ celebration of the institution of marriage and feel personally attacked because they are single or alone or know they’ll never be married. The wider church has used this passage from Mark to define what our lives through marriage should look like. And if our life doesn’t match up, we’re punished for not being a member of a so-called “biblical” relationship. Now, we know that relationships are not always simple or easy. Our bonds with each other are formed by imperfect people and those connections will never fully match with our “happily-ever-after” expectations. Being married is a calling that not everyone will share. And sometimes ending an unhealthy marriage is the right and Christian and loving thing to do. We know this because we have people in our lives who are incredibly faithful and who are also single or married or divorced or everything else in between. Jesus’ love for us does not depend on our marital status. Instead, Jesus is always with us, whether we’re single, partnered, living together, separated, married, divorced, widowed, re-married, or re-divorced. That’s a promise Jesus gives us in our baptism and our marital status does not change that. So how can we rewrite the sermon that’s already in our head so that we cling to Jesus rather than to the word “divorce?” Well, one way we can do that is by starting at verse 13 with the word “people.”

Now I’ll admit that sometimes the formatting of our Bible trips me up. And for a long time, I saw verse 13 as the start of a separate story. The word “people” seems to mark the beginning of a new scene where families are bringing little children to Jesus so that he might touch them. That touching sounds a little weird but it’s Mark’s way of telling us that these children probably needed healing. So people wanted Jesus to heal their child by gently laying his hands on them. Jesus’ disciples, once again, were not happy that little children were in the room. The children were sick, loud, and annoying everyone who wanted to hear what Jesus had to say. But Jesus, as was his custom, said, “let the little children come.” For the third week in a row, our story from the gospel of Mark has children in it. Children in the ancient world were near the bottom of their society’s social ladder. They were prone to getting sick, were extremely vulnerable, and they needed to be taken care of. Children were loved by their families but the wider society was waiting for them to grow up. But Jesus, like we heard last week and the week before, welcomed them, saying that the ones who are vulnerable, the ones who are weak, and the one who have no authority in their community – they are the ones who are already part of God’s holy family. The little children in that room weren’t supposed to be in Jesus’ presence in the first place. Yet Jesus invited them in because God’s kingdom already included them. It wasn’t the super religious, the super powerful, or the super successful who earned or were entitled to a place in God’s kingdom. Rather, it’s those who find themselves in need, those who are suffering, those who are in pain, and those who have found their lives torn apart – that’s who Jesus goes to. And Jesus promises them that He will never let them go.

The word “people” seems like it starts a new story that’s all good news. But that word and it’s paragraph indention wasn’t supposed to start something new. Rather, in the ancient greek text that our translation is based on, the word “people” is really just “they.” Now that “they” could point to the crowd or the Pharisees or the disciples or whoever else was in that house. But I think that “they” also included those Jesus named in verses 11 and 12. The families bringing children to Jesus included not only married couples but also remarried couples, divorced men, and divorced single women. Now, those divorced women and their children would be in an extremely vulnerable position because, in general, it was the men who had access to wealth, power, and resources. That patriarchy was so ingrained in the culture that it was really only men who could initiative any kind of separation in Jesus’ day. A man could, through divorce, pretend as if their marriage never happened. But the woman didn’t have that option. She would be viewed as almost expendable, without a job or money or any kind of resources to support their children. Yet it’s the ones who had their world torn apart that Jesus welcomes and includes. Because, according to Jesus, the ones who suffer, who are in pain, who were tossed aside and left completely vulnerable – they are the ones for whom the whole kingdom of God belongs.

We do a disservice to ourselves, our church, and our faith when we read Jesus’ words about divorce and we forget “they” who brought their children. This story isn’t meant to be split in two. Rather, we’re supposed to read Jesus’ words about divorce and to use his actions with the children as our guide. As human beings, we are connected to everyone else, and we’re called to welcome, serve, and care for each other. No one is meant to be dismissed, pushed aside, or left vulnerable. No one is meant to be unheard or unseen. Our relationships with each other are supposed to support, guide, and help us be the followers of Jesus – God is calling us to be. But when our most intimate relationships end for the well-being of ourselves, our partners, and our families – then the church God has surrounded us with is called to support, hold, and love those in need. Jesus knew that we needed each other because it takes a community to repair what life has torn a part. It takes a church to help us mourn the end of one relationship while we’re being resurrected into something new. That’s why, in our baptism, we are given more than a personal relationship with Jesus. We’re given a whole body, a whole community filled with people who are called to love each other just like Jesus loves us. Regardless of our marital status, our age, or our gender, we are meant to be for each other. And in the words of Rev. David Lose, “when we recognize our own dependence and vulnerability and see ourselves in those who suffer,” it’s then when we “can …imagine … – and thereby receive – the reign and presence of God.”