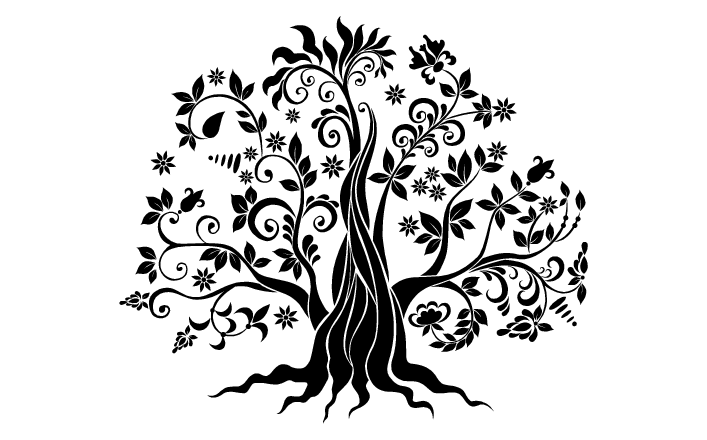 They came to Jericho. As he and his disciples and a large crowd were leaving Jericho, Bartimaeus son of Timaeus, a blind beggar, was sitting by the roadside. When he heard that it was Jesus of Nazareth, he began to shout out and say, “Jesus, Son of David, have mercy on me!” Many sternly ordered him to be quiet, but he cried out even more loudly, “Son of David, have mercy on me!” Jesus stood still and said, “Call him here.” And they called the blind man, saying to him, “Take heart; get up, he is calling you.” So throwing off his cloak, he sprang up and came to Jesus.Then Jesus said to him, “What do you want me to do for you?” The blind man said to him, “My teacher, let me see again.” Jesus said to him, “Go; your faith has made you well.” Immediately he regained his sight and followed him on the way.

My sermon from Reformation Sunday/the 23rd Sunday after Pentecost (October 28, 2018) on Mark 10:32-45. Listen to the recording at the bottom of the page or read my manuscript below.

Conscious and conscience are two words I always confuse when writing or speaking. The first one is used when we’re awake, able to respond to our surroundings. A patient in the hospital, when alert and able to respond to our questions, is described as being conscious. Conscience, however, is the word we use to describe the voice or feeling inside us that guides our actions. When we’re counting our calories and then eat an entire plate of cookies – we develop a guilty conscience. These words, conscious and conscience, are different but I’m always mixing them up. In fact, I mixed them up for the title of today’s sermon. Earlier this week, as I pondered the readings for today and the fact that it’s Reformation Sunday, I was drawn to Martin Luther’s use of the word “conscience.” But when I sent the title to Doris, our parish administrator, for inclusion in the bulletin, I unconsciously wrote “conscious.” I didn’t realize it until after the bulletins were printed. But maybe that’s okay. Because, in light of today’s reading from the gospel according to Mark and after yesterday’s brutal violence at a Pittsburgh synagogue, Luther’s understanding of conscience helps us become more conscious to our faith, to our calling, and to the ways we can love the world.

So I want us to begin by imagining it’s the year 1521 and we’re in a large, dark room, illuminated by burning torches. At one end of the room sits the Holy Roman Emperor, Charles the Fifth, who is 21 years old, wearing a large flowing robe, and has a very well defined chin. To his left and to his right are imperial advisors and officials representing the Roman Catholic Church. And in front of them is a thin, pale monk / university professor and a pile of his books. For the past 4 years, Martin Luther’s writing went viral, with the printing press being the new technology that spread his words all over Europe. The religious and political unity of the Empire – one that included Mexico, Spain, Germany, and Northern Italy was being tested. Those in power wanted Luther to recant, to turn his back on the words he had written. He had one day to prepare his response. And in a society where “concord, peace, and brotherhood [were] among its highest values,” what Luther said next had the potential to undo the cultural assumptions and expectations that held his society together. Luther started his response by saying he was merely “a man accustomed not to courts but to the cells of monks.” Yet his words were full of confidence. He refused to recant and he ended his speech with a paragraph that has become, for Lutherans, a sort of calling card of who we are. Standing before the most powerful political, military, and religious authorities in Western Europe, Luther said, “unless I am convinced by the testimony of the Scriptures by clear reason – for I do not trust either in the Pope or in councils alone, since it is well known that they have often erred and contradicted themselves – I am bound by the Scriptures I have quoted and my conscience is captive to the Word of God. I cannot and will not retract anything, since it is neither safe nor right to go against conscience.” And in words that were either not recorded on the official transcript or were merely added in the days following, Luther ended with, “I cannot do otherwise, here I stand, may God help me. Amen.”

It’s… a pretty amazing speech. And on youtube right now, there’s an unrealistically good looking Luther re-enacting this historic scene in dramatic detail. On this Reformation Sunday, when we celebrate our Lutheran identity while pointing to the Spirit’s continuing work of reforming, changing, and inspiring the church, there are few dramatic moments in Luther’s life that can inspire like this one. Most Americans are drawn to this moment because it suggests that Luther, in this act of resistance, was embracing his freedom, supporting the right of all individuals to decide their faith for themselves. Conscience, to us, is about finding that authentic voice inside us that connects us to who we want to be. Our conscience, on one level, is centered on words and thoughts. And that’s because our understanding of conscience is a modern byproduct of psychology and psychoanalysis. We don’t use the word conscience like Luther did. Luther wasn’t saying that his thoughts or his inner voice were captive to the word of God. Instead, for Luther, the conscience was, in the words of Lyndal Roper, “an individual’s internal knowledge of the objective meaning of God’s Word.” Now that sounds a bit abstract but that’s because it describes what’s almost indescribable – the part of us that knows and trusts God. When we talk about our faith with others, it’s easier when we can point to a belief or a writing or a thought or an opinion that says this is why we believe. It’s harder, though, to describe what keeps us with Christ when our world is torn in two. A loss, a tragedy, or an assault on humanity that forces us to ask where was God: during those moments, it’s not our thoughts or opinions that can keep us close to God. Rather, it’s Christ, who pours himself into us with love, grace, and mercy, that holds us when we can’t hold God. And for Luther, that’s conscience. And it’s not abstract. It’s connected to our emotions, our feelings, and our whole being. It can be sad, and weak, and even courageous. Our conscience can make us feel burdened but it can also help us change the world. When Luther said his conscience was captive to the Word of God, he “knew” with his whole-self – with every emotion, every thought, and every fabric of his being, what God’s Word was “and he [couldn’t] deny it.”

Luther, like Bartimaeus, didn’t think his way to Christ. No article or class or study guide provided him the answers to the life he was looking for. Instead, both had an experience of Jesus that changed their world. Bartimaeus, after meeting Jesus outside the city of Jericho, didn’t go off on his own way. Instead, he couldn’t help but follow Jesus. And Luther, once he realized that Jesus, who claimed him in his baptism, would never let him go – he couldn’t help but share with others the Christ he knew. Mercy, hope, and love was at the heart of their experiences. And those experiences fed their faith. Faith isn’t about saying the right prayer, following the right rituals, donating the right amount of money to the church, or doing everything perfect. Faith is about trusting that Jesus will keep his promises and that the old rules of our life are now broken. We are no longer trying to get our beliefs right so that we can keep God on our side. Instead, we get to live our lives knowing that since we’re with Jesus, our world has changed. Through the gift of faith, the gift of Scripture, the gift of worship, prayer, and the Lord’s own table – we are given the tools we need to see the world in a new way. It’s our conscience, when focused on Christ alone, that lets us raise our consciousness so that we can love the world as much as Christ loves us. We get to imagine a world where religious bigotry is replaced with understanding. We get to imagine a world where no synagogue, Hebrew religious school, or Jewish Community Center has to worry about antisemitic or white supremacy acts directed against it. We get to imagine a world where Christianity’s history of antisemitism and Luther’s own antisemitic writings are rightly condemned, repented of, and tossed out. We get to imagine a world where love wins. And, because of Jesus, we do everything we can to live into that kind of world because, in our baptism, in our faith, and through our conscience, Christ helps us stand firm and his way of hope, justice, and love is something we can do.