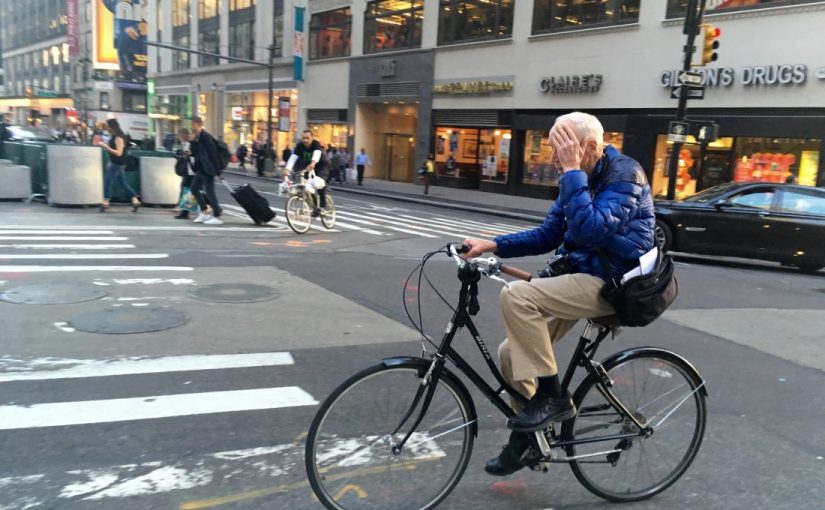 When Mary came where Jesus was and saw him, she knelt at his feet and said to him, “Lord, if you had been here, my brother would not have died.”

When Jesus saw her weeping, and the Jews who came with her also weeping, he was greatly disturbed in spirit and deeply moved. He said, “Where have you laid him?” They said to him, “Lord, come and see.”Jesus began to weep. So the Jews said, “See how he loved him!” But some of them said, “Could not he who opened the eyes of the blind man have kept this man from dying?” Then Jesus, again greatly disturbed, came to the tomb. It was a cave, and a stone was lying against it. Jesus said, “Take away the stone.” Martha, the sister of the dead man, said to him, “Lord, already there is a stench because he has been dead four days.” Jesus said to her, “Did I not tell you that if you believed, you would see the glory of God?” So they took away the stone. And Jesus looked upward and said, “Father, I thank you for having heard me. I knew that you always hear me, but I have said this for the sake of the crowd standing here, so that they may believe that you sent me.” When he had said this, he cried with a loud voice, “Lazarus, come out!” The dead man came out, his hands and feet bound with strips of cloth, and his face wrapped in a cloth. Jesus said to them, “Unbind him, and let him go.”

There are a few habits I no longer do that I miss. As a kid, my brother and I would wait until the energy in the air was just right and then we’d setup a board game on our bedroom floor, one that would take us days to complete. Later, in college, there was this one spot, next to the bookstore, that overlooked a small creek. Every time I walked past it, I would stop – letting the sound of the flowing water connect me to a God I did not acknowledge but One who was with me all the same. And for a while, I looked forward to turning on my computer each week, visiting the New York Times’ Style Section, and clicking through a new photo gallery showcasing what Bill Cunningham had seen and photographed. Bill Cunningham was an iconic photographer who you could spot in New York City wearing a bright blue French worker’s jacket and riding a single speed bicycle. A hat designer by trade, Bill knew fashion and he spent decades reporting on what new trends were bubbling up across the world. But what made him unique was the time he spent on the street, trying to find that new and interesting thing that people actually wore. He didn’t spend much time looking at the fancy dresses that an actress might wear on the red carpet for an awards show. Bill was more interested in the shoe or the bag or the silhouette that people wore when they went out. He was, in essence, interested in style – which is not the same as fashion. In Bill Cunningham’s memoir, Hilton Als writes in it’s preface that style is “a certain faith and pride in one’s public persona – ‘the face that I face the world with,’” to quote Tennessee William’s Sweet Bird of Youth. Style is how we showcase “the existential mess and brights spots called [our] ‘I’” – and Bill wanted to discover “what you had made of yourself.” What made his photospreads awesome wasn’t only the creative people he photographed who had a sense of style that I could never copy or dreamup. What you could see in his photographs was his sheer joy at discovering you. Bill was a creative person with an incredible talent yet he spent all his energy looking at and engaging with other people. He could have focused only on himself or used the people around him to create whatever narrative about the world he wanted to tell. Instead, he used his gifts to point forward, to point to the people around him, because the people around us, I think, are needed so that we can live our life in Christ more fully.

Today’s reading from the gospel according to John ends in an odd spot. Lazarus, who was dead, is now alive. I think we usually imagine this scene as being one where Lazarus walked out of the tomb under his own power. He was sick, he died, Jesus rose him from the dead, and Lazarus left the tomb in better shape than when he first entered it. But when we pay attention to the text, our vision of this scene changes. His walk couldn’t have included his normal strides with one foot in front of the other because his feet were tied together. The best he could do as he exited the tomb was probably shuffle his feet forward. And that shuffle was accomplished almost blindly because a piece of cloth covered his head. And since we hear nothing about Lazarus trying to untie his feet or remove the covering on his head, I imagine his hands were bound to him, removing all freedom of movement. Lazarus exited the tomb but he was still constrained by the burial wrapping for it. Jesus’ words, like the ones spoken in the opening chapter of the book of Genesis, have this power to rearrange the cosmos and reorder our expectations of life and death. But that same word, in today’s text, couldn’t remove a piece of cloth from Lazarus’s head or make his walk from the tomb a little easier. It’s possible, I suppose, that a completely wrapped up Lazarus is how Jesus wanted people to verify that Lazarus was once really dead and now was really alive. But if that’s true, once Lazarus stepped out of the tomb and everyone could see who he was, that part of the story should have ended. But it doesn’t. Instead, Jesus leaves Lazarus bound and, while looking at the crowd, he tells all of them to get up – to go to Lazarus – and unbind him. It’s as if this act of God’s resurrection isn’t complete unless those gathered around participate in some way.

Now it’s hard, at first, to imagine how we can do that. Last I checked, very few of us here have ever raised someone from the dead. But we all, I think, have had moments in our life when the people around us have nourished, sustained, or changed our life into something better. We usually don’t define those moments as equal to Jesus rising from the dead. Our small experience of new life feels tiny and inconsequential in comparison. But I bet the people around Lazarus, when told to go and unbind him, thought what they were doing was small and meaningless too. Yet it’s by Jesus’ invitation that we, in whatever way we can, go and do what Jesus did – and that’s give and generate life. Many of us have been given this life – nourishment, housing, knowledge, experience, guidance, love, forgiveness, mercy, and hope – by a long list of mentors, family members, and friends. They, through Jesus, changed us, informed us, and made us better. Some did so in a very intentional ways; others just by being there in our time of need. I bet many of them never realized just how life-giving they were to us. And many of us never realized how life-giving those people were until years later. We will, in a few moments, light candles in memory of those who gave us life. We will place those candles in the sandbox, letting them burn all the way down, because the life they gave us will never be snuffed out. That life is centered, rooted, and grounded in the One who continually, day in and day out, gives us his life – in baptism, in prayer, at the Lord’s table, and in our faith. Jesus’ invitation to the crowd surrounding Lazarus’ tomb was an invitation for all of us to participate with him in the act of giving life. And we can give this life, make it our habit, because we have, through our baptism, been united with Christ’s own eternal life – a life that doesn’t begin only after we die but one that starts right now. Together we are drawn into God’s act of passing on new life by first bearing witness to the many ways life was given to us and those around us. When we see that life, that love, that hope in our neighbor, in our family member, and in the person sitting in the pew next to us, we discover how we can help unbind each other from the hate, evil, violence, and self-centeredness that this world wants to bind us up with. It’s said that “the light that lit Bill [Cunningham] from within…was that of a person who couldn’t believe his good fortune: he was alive.” You, no matter who you are, no matter your doubts, no matter the ways you feel bounded up – you, through Jesus, are alive. You are a vital part of how Jesus is giving, expressing, and sharing His life with the world. And we are invited to work together, to lean on each other, and to trust each other as God resurrects us, this church, and our world by making Jesus’ life and love a habit for all.