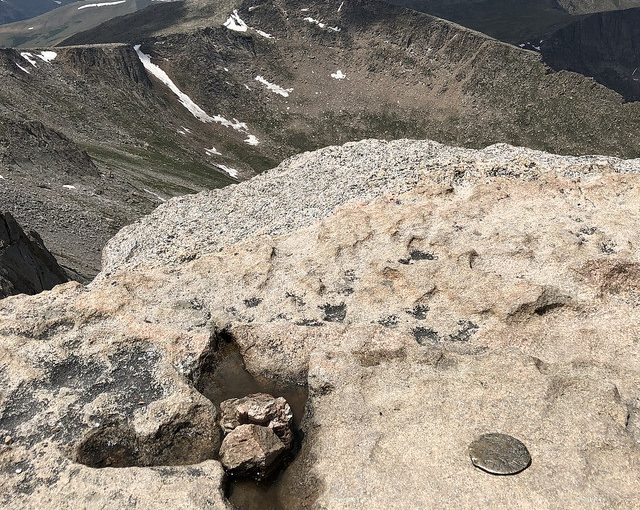 In the fifteenth year of the reign of Emperor Tiberius, when Pontius Pilate was governor of Judea, and Herod was ruler of Galilee, and his brother Philip ruler of the region of Ituraea and Trachonitis, and Lysanias ruler of Abilene, during the high priesthood of Annas and Caiaphas, the word of God came to John son of Zechariah in the wilderness. He went into all the region around the Jordan, proclaiming a baptism of repentance for the forgiveness of sins, as it is written in the book of the words of the prophet Isaiah, “The voice of one crying out in the wilderness: ‘Prepare the way of the Lord, make his paths straight. Every valley shall be filled, and every mountain and hill shall be made low, and the crooked shall be made straight, and the rough ways made smooth; and all flesh shall see the salvation of God.’”

My sermon from the Second Sunday of Advent (December 9, 2018) on Luke 3:1-6. Listen to the recording at the bottom of the page or read my manuscript below.

I’d like to start my sermon today by inviting you to forget something we just did. We heard a tiny bit of Jesus’ story from the gospel according to Luke which is one of the four gospels that contain the theological insights that serve as a foundation for our faith. Every Sunday morning, I introduce our reading from the gospels by inviting you to stand if you are able and then I say something like, “The gospel according to Luke, the Third Chapter.” This introduction prepares us for what comes next. We know we’re going to hear Luke’s version of Jesus’ story and since we’re in the third chapter, we’re already moving through the story God wanted to tell. In fact, we know exactly where we are in God’s story, including chapter and verse, because, at Christ Lutheran Church, everything is printed in our bulletin. But what if it wasn’t? What if there was no introduction to this text at all? I imagine it might sound different. So let’s try it. Let’s forget everything we just heard, including where this text appears in God’s story, and let’s listen to the first two verses as if we’ve never really heard them before: In the fifteenth year of the reign of Emperor Tiberius, when Pontius Pilate was governor of Judea, and Herod was ruler of Galilee, and his brother Philip ruler of the region of Ituraea and Trachonitis, and Lysanias ruler of Abilene, during the high priesthood of Annas and Caiaphas, the word of God came to John son of Zechariah in the wilderness.

If we didn’t know better, those two verses sounded like the beginning of an epic story. We met an Emperor, a governor, two rulers, two high priests, God, and some guy named John who was hanging out in the wilderness. The text begins at a specific time, in the fifteenth year of some Roman emperor’s rule, and it’s okay if you don’t have the years of the reigns of all the Roman Emperors memorized. What matters is that these verses are focused on a specific time and on a specific place where everything is defined by who was in control. The Emperor Tiberius was on top. He’s the one who appointed the governor and he allowed Herod and Philip and Lysanias to rule as kings subordinate to him. Even the religious authorities were under the Emperor’s control because no high priest could assume their office unless Roman power let it be so. So we received seven names, showing us the complete picture of who had power when this part of Jesus’ story took place. And that’s when the word of God, God’s voice, God’s energy, God’s point of view, and God’s power, came to a guy named John who was hanging out in the wilderness.

Now, the wilderness John was in was overseen by one of the rulers the Roman emperor put in place. But being a ruler of a place and actually ruling it are two different things. In the Bible, a wilderness was always a strange, mysterious, and untamed place. We might imagine John wandering into ancient Israel’s version of the Alaskan frontier, a place where wild animals ruled and where the necessities for human life were hard to come by. A wilderness, especially in the Bible, was a place of desolation and scarcity. But a wilderness was also, at the same time, an experience of God’s provision and protection. During the story of the Exodus, the ancient Israelites complained constantly about spending 40 years in a place without enough food and water. But that wilderness was also where God provided them manna and its desolation shielded them from being re-enslaved by their former Egyptian rulers. Later, the young David who eventually became king and the prophet Elijah both fled into the wilderness for safety and, while there, they were sustained and protected by God. The wilderness, according to Scripture, is more than just a desert or an untamed mountain range. The wilderness is also an experience where our normal sense of who’s in charge and who’s in control is undone. Our wildernesses are those moments, places, and even years where the control we assumed we had over our lives is turned around. John wasn’t only hanging out in a desolate and untamed place. He was also living into an experience where he had limited control. The structure of order and power proclaimed by the first seven names that started this passage wasn’t where John was living. Instead, John was in the middle of his wilderness, in the middle of nowhere; a nowhere that fully embodied the isolation, the fear, and the anxiety we all experience when we are in our “nowheres” too.

Yet it’s in that “nowhere” where the word of God comes. It’s in those untamed and uncontrolled moments when God shows up. The word of God skipped over the seven names of those who had control and instead went to an eighth name living in the wilderness. We sometimes act as if John, the son of Zechariah, appeared in the wilderness suddenly, only when the word of God showed up. But John wasn’t only passing through the wilderness when God’s word came. Instead, he had been in the wilderness for a very long time. The fifteen years of the reign of Tiberius was also a signal to us that John’s life in the wilderness lasted longer. John’s faith, personal growth, and spiritual strength developed in that place where scarcity, isolation, desolation, fear, and lack of control was all he knew. God formed John to be the one who could prepare the way for Jesus, not in spite of his wilderness experiences but because of them. John knew that, when we’re living in the wilderness, it’s only by trusting God that we can be carried through.

Our wildernesses might not fully match up with John’s. There’s a good chance we won’t find ourselves near the Jordan River, deep in a deserted desert. Our wildernesses, instead, might be located in a doctor’s office, a school, at work, or even in our homes. Our wilderness might, instead, be something we carry with us as we live our life with grief, or sadness, or a lack of knowing who, exactly, we’re supposed to be. The wildernesses we live in might last a day, a week, a year, or even a lifetime. Yet our personal wilderness does not mean that we are far from God. Our wilderness cannot separate us from the One who skipped over those who thought they were in control and instead visited John who knew how little control he actually had. God doesn’t wait for us to have our lives together before God shows up. God makes a commitment to each of us that there is no wilderness we find ourselves in that God won’t go into too. The structures we put into place to try and figure out where we are in God’s story will always miss seeing the ways God provides, nourishes, and sustains. And when we believe that our wilderness is hiding us from God, trust that God is already there with you, and that you will find your way through.