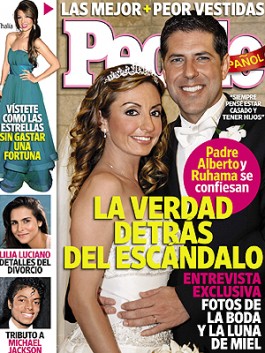 Of course is it. There are even honeymoon shots too. The Roman Catholic Priest marrying a woman and renouncing his orders is an old story. It’s happened in the past, it happened to this famous latino tv personality, and it’ll happen in the future. I don’t fault the priest for falling in love – I’m Lutheran after all – what I fault the priest for is being a complete patz. He always “knew” he was going to get married? The wedding was the wedding of his childhood dreams even though he didn’t think about the priesthood until he was a teenager? It was his teenage self that really twisted him away from his “true roots” which was to be a married man? Please. I’ve heard excuses like this before but I’ll never buy them but it does reveal why his personality is perfect for tv and while he’ll be back before you know it. 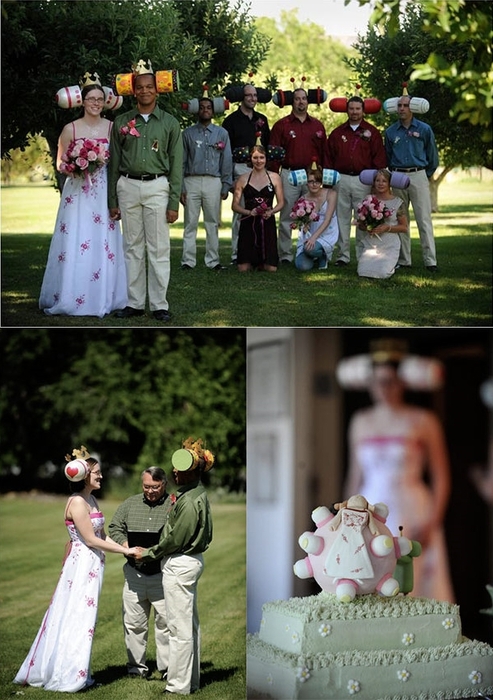 I’ve never played the game but my roommate has so I had to share this Katamari wedding with her. Her first response was “NOOOOOOOOOOOOOOO” and then was followed with a “What? They only did the head pieces? Why not the whole body suits they wear in the game? Argh!” This just goes to show you that if you’re going to go all out, you need to go all out. Doing only the headpieces doesn’t cut it in the modern world.

The title pretty much says it all.

I didn’t link to the marriage wedding entrance that everyone else did. I will link to the divorce dance parody though.

Don’t punch your roommate at your wedding

I know that the urge to smack someone at your wedding is probably more prevalent than we’d like to believe (I do watch Bridezillas) but don’t be this guy. There’s no need to spend your wedding night in jail.