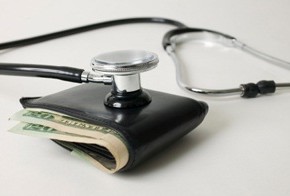 It’s not every day that an article posted by a Lutheran makes me yell at my screen like I’m watching Fox News but this one did today. I’ll admit that, on the yell-so-loud-I-disturb-my-pets scale, this barely registered at a point five (out of ten). Yet I feel like the post (originally posted at Country Preacher’s Corner) needs a response mostly because it contains foundational assumptions about the nature of the health care debate that are slightly off and those assumptions need to be nipped in the bud.

Now, I’m actually glad that the Country Preacher stated his assumptions at the very front of his post. He writes:

What does Lutheran theology teach about compassion, charity, and giving? That is the ultimate question when it comes to the Church’s role in society.

His basic assessment is to see the Church’s role in society through the lens of compassion, charity, and giving. Through this lens, it makes sense to go in direction he does. By focusing on the role of the Church, he traps himself within the framework of individual responsibility. The responsibility of the Church is reduced to the responsibly of the individual member of the Church. By reducing the focus of the argument to the individual, the author continues to follow the rabbit hole down by looking at the relationship between God and the individual which is defined by grace. However, as Lutherans, one cannot only talk about grace because the opposite side of that coin is the law. And that’s the big problem with starting the argument about health care with the notion of giving because you eventually end up at the law and, through the problem of language, the author (and I think people in general) misidentify the laws established by government with the law as defined by Paul. The argument leads to a very un-Lutheran place because it forgets who we are in our relationship with God. Because Lutherans hyper-focus on God’s grace, we are forced to contextualize ourselves in our relationship with that grace. And that contextualization ends up in the spot where Martin Luther found himself centuries ago: that we are both justus et peccator. There is a danger when we only use the language of justus (grace/justification/and other churchy words) and forget peccator (you know, that whole sinner thing). We are justified by grace through faith but we live lives as creatures that need God’s grace to be changed. There is nothing that we can do through our own will, efforts, thoughts, beauty, or awesomeness, to change the fact that we are grounded in a state of sin. We wish to be God, to have God’s control, and the only way to have that change is to have God come down and work on us. In this life, that process and experience is never completed but, because God is gracious, we are never left alone to walk through this life even if it feels like we are.

So what does that have to do with the new health care legislation? Well, first off, a Lutheran approach to the healthcare debate can’t only focus on giving because that is only half of our experience as human beings. Even though, through baptism, we are changed, we are still human beings. We’re still going to screw up. We’re still going to believe that we have ultimate control over ourselves, our world, and our relationship with God. And to handle the reality of our existence as people who live in the world, Lutherans preach a theology of the Two Kingdoms. To quote the Augsburg Confession, Article 28, in a conversation about the Church’s Power (The Book of Concord, Kolb & Wengert 2000, translation from the German):

Therefore, since this power of the church bestows eternal things and is exercised only through the ministry of he Word, it interferes with civil government as little as the art of singing interferes with it. For civil government is concerned with things other than the gospel. For the magistrate protects not minds but bodies and goods from manifest harm and constrains people with the sword and physical penalties. The gospel protects minds from ungodly ideas, the devil, and eternal death.
Consequently, the powers of church and civil government must not be mixed. The power of the church possesses its own command to preach the gospel and administer the sacraments. It should not usurp the other’s duty, transfer earthly kingdoms, abrogate the laws of magistrates, abolish lawful obedience, interfere with judgments concerning any civil ordinances or contracts prescribe to magistrates laws concerning the form of government that should be established….In this way our people distinguish the duties of the two powers, and they command that both be held in honor and acknowledged as a gift and blessing of God. p.93

Now, at first glance, it would seem that Country Preacher hedged his bets by claiming that: “The U.S. Congress can do what it wants within the limits of the Constitution.” And this is correct (to a degree) and seems to be supported by the quote from the Augsburg Confession above. But the key, I think, about Country Preacher’s argument is that by framing the health care debate through the lens of “individual giving,” the debate becomes one about authority, specifically the relationship between the individual’s choice and government authority to interfere with that choice. To reduce healthcare to an individual choice, the argument defaults to a current societal trend that most choices in life (including salvation) should be punted to the individual. Healthcare, like education, careers, relationships, love, life, and everything else is reduced to being the individual’s responsibility. The corporate nature of our relationships to one another as being part of a society is brushed aside. And that’s a problem with Lutheranism because we have, at our core, an expression of corporate identity in the Gospel and the Two Kingdoms. The corporate responsibility of government (and society) – the Left Kingdom in the Lutheran scheme of the Two Kingdoms – is completely ignored. The health care debate, as it is currently framed and assumed in Country Preacher’s argument, is a battle over authority, corporate responsibility, and the notion of what it means to part of a corporate body. And it’s also an argument that is grounded in the assumption that all individuals are merely justus and have the opportunity to control their own individual reality. And that is not part of the Lutheran identity. Rather, the amazing thing about God’s grace is not that Christ died for others but that Christ died for me too. And by dying for me, in our baptism, we are brought into a social identity that is bigger than ourselves. Sin is that we believe, act, and define ourselves as God. Being baptized into Christ and the Church is the claim that we are part of something bigger than ourselves. Built within a Lutheran Christian identity is a notion of corporate identity that is rooted in this world (with all the problems that come from that reality). The Healthcare debate, as I see it, is an issue of authority and whether the government has the responsibility, as the Augsburg Confession puts it, to protect “bodies…from manifest harm.” Those bodies include all bodies – including ones that are not young, healthy, and just like mine. Included in the government’s responsibility is to care for all bodies – those that are sick, lower class, poor, rich, athletic, and out of shape. And since the Augsburg Confession says, that government is one of the “highest blessings of God on earth,” then our question becomes which bodies will be included in our corporate identity and which will not. Once we answer this question, we can then decide, as a Church, whether to endorse any of the Healthcare systems on the table.