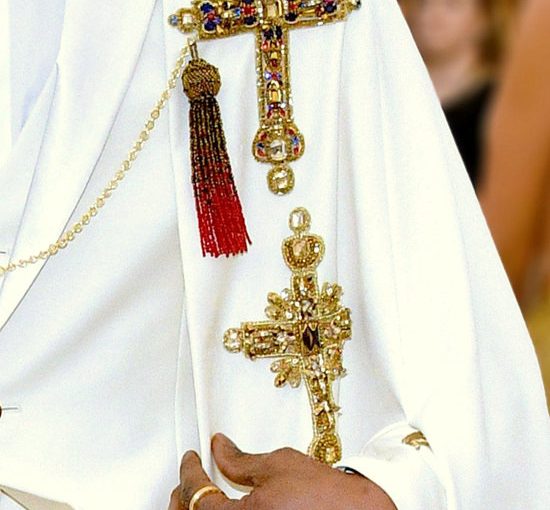 When the day of Pentecost had come, they were all together in one place.And suddenly from heaven there came a sound like the rush of a violent wind, and it filled the entire house where they were sitting. Divided tongues, as of fire, appeared among them, and a tongue rested on each of them. All of them were filled with the Holy Spirit and began to speak in other languages, as the Spirit gave them ability.

Now there were devout Jews from every nation under heaven living in Jerusalem. And at this sound the crowd gathered and was bewildered, because each one heard them speaking in the native language of each.Amazed and astonished, they asked, “Are not all these who are speaking Galileans? And how is it that we hear, each of us, in our own native language? Parthians, Medes, Elamites, and residents of Mesopotamia, Judea and Cappadocia, Pontus and Asia, Phrygia and Pamphylia, Egypt and the parts of Libya belonging to Cyrene, and visitors from Rome, both Jews and proselytes, Cretans and Arabs—in our own languages we hear them speaking about God’s deeds of power.” All were amazed and perplexed, saying to one another, “What does this mean?” But others sneered and said, “They are filled with new wine.”

But Peter, standing with the eleven, raised his voice and addressed them, “Men of Judea and all who live in Jerusalem, let this be known to you, and listen to what I say. Indeed, these are not drunk, as you suppose, for it is only nine o’clock in the morning. No, this is what was spoken through the prophet Joel: ‘In the last days it will be, God declares, that I will pour out my Spirit upon all flesh, and your sons and your daughters shall prophesy, and your young men shall see visions, and your old men shall dream dreams. Even upon my slaves, both men and women, in those days I will pour out my Spirit; and they shall prophesy. And I will show portents in the heaven above and signs on the earth below, blood, and fire, and smoky mist. The sun shall be turned to darkness and the moon to blood, before the coming of the Lord’s great and glorious day. Then everyone who calls on the name of the Lord shall be saved.’

It’s been a good few weeks for Church fashion, hasn’t it? Just two weeks ago, the Metropolitan Museum of Art’s Costume Institute held their annual gala, showcasing their new exhibit “Heavenly bodies: fashion and the Catholic imagination.” Celebrities from all over the world were there and many dressed themselves according to the theme. Marjorie Harvey wore a black dress covered in the kind of jeweled crosses you would see in a Mexican cathedral. Janelle Monae wore a hat with a large gold brim, mimicking the golden halos surrounding the heads of saints in orthodox icons and medieval art. Nicki Minaj’s dress would fit in perfectly with the red flames surrounding us right now. And Rihanna was the most glittery and shiny bishop that I’ve ever seen. The MET gala was an amazing event because fashion designers took seriously all of Christian tradition, showing how deep, complex, and tender our relationship with Jesus can be. And then yesterday, I, like many of you, woke up in the wee hours of the morning to watch the Royal Wedding. Now, since I’m a bit of a church nerd, I wasn’t really paying attention to the guest list or what Meghan Markle’s dress would look like. Instead, I was focused on the Dean of the Chapel’s robe, on the long golden cape and stole the Archbishop of Canterbury wore, and on what the Rev. Michael Curry, presiding bishop of our friends in the Episcopal Church, would end up bringing. The mountains of flowers, the long trains, the golden jewels, rich fabrics, and over the top hats might seem a little much to our more Lutheran, more Ikea-like, kind of taste. Yet each piece of clothing, surrounded by ornate wooden carvings and stunning stained glass windows that stretched in a chapel space with a ceiling that felt like it was 150 feet high – everything at that Royal Wedding, just like at the MET gala, was rooted at the intersection of faith and imagination. The art we surround ourselves with; the clothes and robes we wear; the words we speak and the songs we sing – all of it, I believe, are centered in that place where faith and creativity begins. And we call that place, this weird, unseen, almost strange kind of force – the Holy Spirit.

Now I’m sure, when the apostles were hanging out together on the day of Pentecost, no one was really focused on what they were wearing. There was no red carpet or fashion critics live tweeting their hit takes. The followers of Jesus were just there, a group of devout Jews, praying and worshiping together in the city of Jerusalem. Jesus had died, was raised from the dead, and had ascended into heaven. Jesus told his followers to stay in Jerusalem and wait for the Holy Spirit. And so they did. They waited. And they waited. And then they waited some more. I imagine that some of the disciples got a little antsy while they were waiting. Scripture doesn’t tell us much about what they did while they waited or what their mindset might have been. But I know, for myself, I would have expected the Holy Spirit to show up on day 1. And then, when it didn’t, I’d tell myself: “well, it took 3 days for Jesus to be raised so we’ll just wait until then.” And then when day 4 showed up, and still no overt expression of the Holy Spirit could be seen, I’d remember that it was around day 4 when some disciples came back after meeting Jesus on the road to Emmaus. But then day 5 would come. And then six and seven. I’d start to wonder if the Holy Spirit showed up already and maybe I missed it. Or maybe it was already here, just super subtle, like a thought or an idea that sits in the back of your brain; it’s always there but you sort of ignore it unless you think about it. By day 8, I’d want to do anything; to feel like I’m not wasting my time. And then on day 9, I’d totally waste my time by playing games and cleaning up my apartment. When day 10 finally showed up, I’d be grateful that it was Pentecost, this Jewish holiday where thousands of people from all over the world came to worship God in the Temple in Jerusalem. I couldn’t wait to join the crowd; to worship God with special rituals, fancy clothes, and prayers we say only once a year. I’d want to use this event as an excuse to get out of my own imagination because my imagination kept expecting, kept demanding for the Holy Spirit to show up when I was ready for it. But the Spirit didn’t listen. And now, caught in the long pause between the original promise of Jesus – of his presence and of his love – to where we are right now, when this waiting has made our passion cool; when the waiting has made our expectations dim; when the waiting has made our faith something we live with rather than live for – it’s then when the burning fire of the Spirit; it’s then when the mighty wind of God’s love blows through – ending our waiting and creating something unexpectedly new.

This new thing, this Holy Spirit, is God’s imagination at work. And since God’s imagination has always been at work, from the creation of universe to the life and cross of Jesus and is even active today, the Holy Spirit has always been here. Yet the Holy Spirit needed to come to the disciples in this intense way because God’s imagination needed to become theirs. We know that our imaginations, rooted in our common humanity, comes with all the baggage being human has. It means we’re not perfect. It means we know sin. It means we will experience and witness and sometimes cause, through our action and inaction, a brokenness that breaks our hearts and God’s. We know that our imaginations are filled with fear of what might happen on a field trip or what kind of gun violence will happen at a school. We know how the anxiety caused by illness or injury can fill up every moment of our lives. We know how the limits to our imagination can cut us off from talking, serving, and even living with people we disagree with. And we know how easy it is to imagine walls around us. The lives we live influence and reinforce the imagination we carry with us. But the limits to our imagination won’t limit God’s. And the Holy Spirit is here, lighting a fire of love under us, so that we can live lives that reflect God’s full and rich imagination. This imagination includes a community that is more than just you and me. It includes all nationalities and all languages. It includes all genders and ages; all rich and all poor. It’s a community that loves and serves and cares, bearing each other’s burdens and living lives where love becomes all that we do. And it’s a community that requires you. It requires Grace and Julia. It requires all of us. Because we, whether we imagine it or not, are part of God’s imagination. We are part of what God is doing in the world. We are caught up in the fire of the Spirit, here to make know in words and in actions how much Jesus’ love matters. This imagination will sometimes look like a tuxedo made out of a preacher’s stole or a dress looking like the story of salvation as told by a stained glass window. This imagination will look like a garden whose vegetables are given away to those in need and will look like a home cooked meal given to a family suffering an unexpected crisis. God’s imagination will look like a group of 7th and 8th graders who spend 2 years discovering new words for their lifetime of faith. And it’ll look like a descendant of slaves standing in a chapel in England, preaching with slave spirituals to a royal power that once sold Africans in a colony across the sea. God’s imagination is vast. God’s imagination is moving. God’s imagination is being lived out right here. And this imagination, this Holy Spirit, this life centered in the hope and promise of Jesus Christ, begins and ends, with an almost unimaginable love that includes even you.